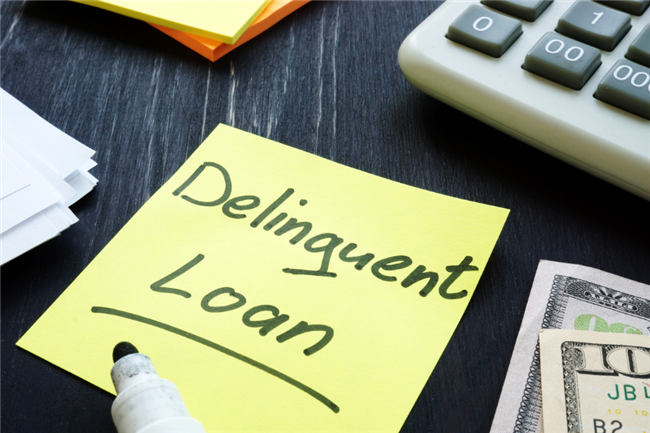 Banks are worried about delinquent landlord payments from small landlords who may not be able to make payments on mortgages for rental property. Smaller landlords are getting hit harder by tenants who miss rent payments due to COVID-19, as well as rent and eviction moratoriums.

About 1.6 percent of an estimated $1.6 trillion market for mortgages on 1- to 4-unit properties were delinquent in November, according to the Mortgage Bankers Association.

And delinquencies are expected to climb.

“Small landlords are getting hit hard with no real way out of the problem until the pandemic ends,” said Chris Nichols, chief strategy officer for the nearly $19 billion-asset CenterState Bank in Winter Haven, Fla., while talking to American Banker.

“Banks have been working closely with landlords to restructure their debt and provide forbearances, but this relief will expire soon and is a concern. Defaults on rental properties are typically caused by mismanagement or economic downturns that are easier to gauge.

“Since none of us have been through a pandemic this large before, there is no playbook and few alternatives,” Nichols said.

The stimulus package enacted in December extended the Centers for Disease Control and Prevention’s moratorium on evictions through Jan. 31 and granted renters other relief. But for many landlords, their mortgage payments are still due, a reality that translates into a looming credit risk for banks, according to American Banker.

For example, Dawn Garza, a landlord and small-business owner in San Antonio, told American Banker she is hoping to get a second loan from the Paycheck Protection Program to cover her property taxes due at the end of January.

She’s short because business is down, and she gave her tenants — one a student and part-time restaurant worker, and the other an out-of-work hairdresser who is recovering from COVID-19 — a three-month break on rent this year.

“I am not going to ask for back rent because I know it’s impossible for them,” Garza told American Banker.

According to Avail, an estimated 44 percent of renters surveyed by the company in October said they did not expect to make a full rent payment that month, up from 35 percent the previous month. And about 57 percent of landlords who did not receive full rent payments reported feeling pressure to sell, according to the Avail survey.

According to a Bloomberg City Lab article, the total owed by Americans in missed rent, late fees, and unpaid utility bills by Jan. 1 was as high as $7 billion. About 11.4 million U.S. renters struggled under the financial pressures of COVID-19, resulting in each household owing an average of $6,000 in past-due rent alone.

A recent study conducted by Avail and Urban Institute confirmed that large numbers of renters are unsure of whether they can afford their rent; of 2,429 renters that responded to the question, 44 percent said they were not able to pay rent in full for October.

Do-it-yourself landlords, which make up the majority of the country’s 48 million rental units, are also struggling to make ends meet due to missed rent. In the same study, Avail and Urban Institute found that delinquent landlord payments represented 12 percent of landlords went into forbearance on at least one of their mortgages due to the pandemic. Of the 12 percent in forbearance, 20 percent are Black and 14 percent are Latino. This is compared to nine percent of white landlords facing the same issue.

Delinquent landlord payments could grow if moratoriums are extended

“I do believe that if the eviction bans are extended much longer, and continuing unemployment rates remain high, we’ll begin to see smaller investors, who are often highly leveraged, begin to default on their loans,” said Rick Sharga, executive vice president of marketing at RealtyTrac.

“Because rental properties owned by mom-and-pop landlords are generally more affordable than those owned by institutional investors, this pressure (to sell) could cause the housing market—which already had a dearth of available units before the COVID-19 pandemic — to lose even more lower-priced rental housing,” researchers at the Urban Institute said in a recent paper regarding the Avail data