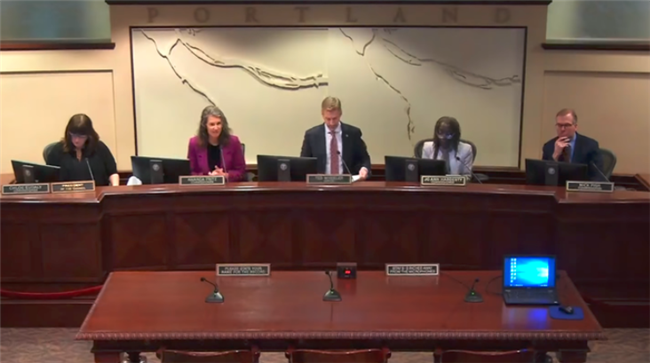 Further action on a controversial Portland tenant screening ordinance has been delayed until at least May, according to several reports.

Now the ordinance’s main backer, Commissioner Chloe Eudaly, has delayed the vote on the new renter protections she is proposing, according to the Portland Tribune.

Eudaly’s policy director, Jamey Duhamel, told Willamette Week the possible changes contemplated at City Hall are focused on whether there’s a way to make the requirements less onerous for the real estate industry while still requiring accountability and enforcement. “I feel really confident we’re working well with our colleagues and that what we bring back on May 23 is going to be a really solid policy in mitigating discrimination in rental housing.”

The ordinance, supported by tenants’ rights groups, would restrict the way landlords screen tenants before they sign a lease, with the aim of addressing discrimination and requiring more consideration for people who have criminal records.

Landlords are opposed for several reasons

“Our members are grateful that city council is delaying the vote to consider ways to make the ordinance meet everyone’s needs,” said Deborah Imse, executive director of Multifamily NW, the largest rental housing provider group in Oregon, in an interview with the Portland Tribune. “Multifamily NW has made a number of suggestions to city commissioners about the rental housing ordinance.

“We share the goal of reducing barriers to housing, but Portland needs to ensure the rules are not so onerous that rental housing providers decide to give up and get out. That will ultimately reduce housing supply in Portland, which will decrease affordability. New rules passed last year in Portland have already decreased supply. There has to be balance,” she said.

Portland Mayor Tom Wheeler also said he thinks the plan needs to be revised and that significant changes are needed.

“As the policy stands in its current form, I believe there are significant changes necessary,” Wheeler said in a statement according to Willamette Week. He praises Eudaly’s efforts to tackle housing discrimination but adds a note of caution: “As a city, we should be seeking policies that address those issues, but right now the question is whether this proposal is the right way to go about it.”