Apartment rental rates in a majority of small and large cities registered either minor decreases or stagnated during September, according to the latest report from RentCafe.

“As part of a seasonal respite, the national average rent decreased for the first time since February 2017, dipping by –0.1% ($1) from last month to $1,471. The decrease might seem insignificant, but coupled with the slowest year-over-year hike in the past 13 months, 3.2% ($45), it points to a slight wind-down in rent prices in the context of a more volatile financial climate,” the report says according to Yardi Matrix.

Since last month, apartment rents saw minor declines in more than half of the cities we analyzed. Small and large cities lead the trend, with prices dropping in 59% of small cities and 56% of large cities, while 42% of mid-sized cities saw their rates dwindle in September. 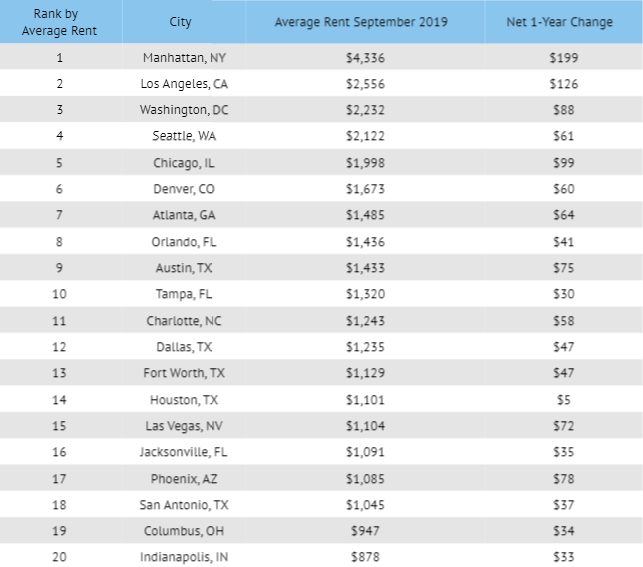 The fastest growing rents in September were in Springfield, where rental apartment prices increased by 1.0% month over month, or $11. Keizer apartments saw the second highest monthly increase, jumping by 0.7% and making them $7 more expensive than last month, while in Lake Oswego prices decreased by 3.4% ($58) compared to August. 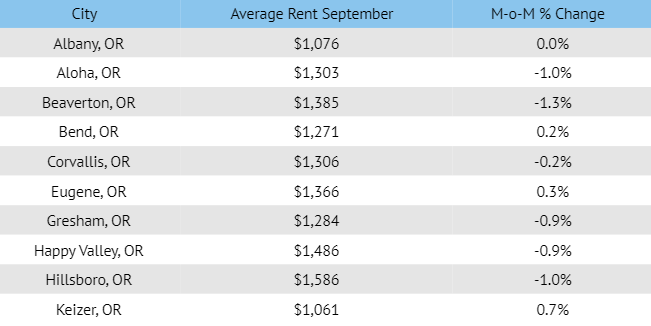 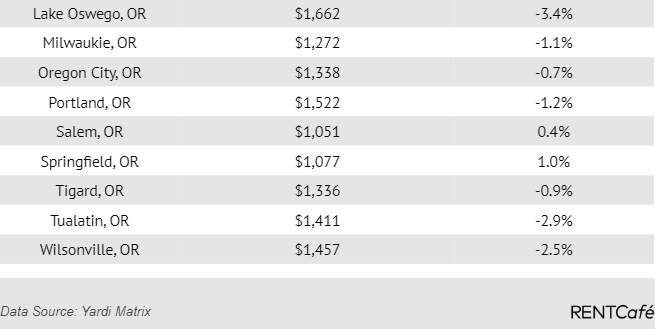 Renting in Seattle Metro in September 2019

The average rent in Seattle Metro cities is generally higher than the national average rent.

The fastest growing rents in September were in Mukilteo, where rental apartment prices increased by 1.4% month over month, or $25. Mercer Island and Mill Creek apartments saw the second highest monthly increase, jumping by 1.3%, making them $30 and $24, respectively, more expensive than last month. In Des Moines, prices decreased by 1.6% ($22) compared to August.

Two-bedroom apartments are by far the most popular among renters

Traffic data from RENTCafé.com shows two-bedroom apartments are the most popular among renters searching for new homes, making up 42% of searches on the website.

The second most popular units have one-bedroom floor plans (30%). three-bedroom apartments (15%) follow in popularity, while renters show the least interest in studios (12%). 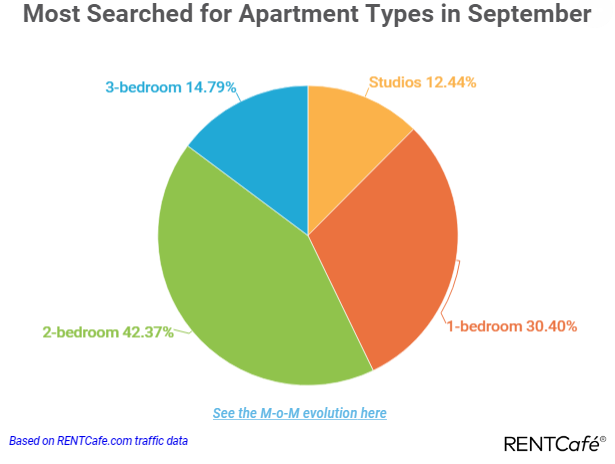 Slowdown in Month-Over-Month Rent Increases Seen Across the U.S.

RENTCafe.com is a nationwide apartment search website that enables renters to easily find apartments and houses for rent throughout the United States. To compile this report, RENTCafe’s research team analyzed rent data across the 260 largest cities in the US.  The data on average rents comes directly from competitively-rented (market-rate) large-scale multifamily properties (50+ units in size), via telephone survey.