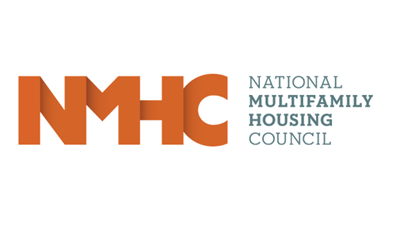 Apartment market conditions weakened in the National Multifamily Housing Council’s Quarterly Survey of Apartment Market Conditions for July 2020, as the industry continues to deal with the ongoing COVID-19 pandemic, according to a release.

The Market Tightness (19), Sales Volume (18) and Equity Financing (34) indexes all came in well below the breakeven level (50). However, in a positive sign, the index for Debt Financing (60) signaled improving conditions.

“Recent spikes in COVID-19 cases have caused many areas of the U.S. to scale back or completely reverse their attempts at reopening their local economy. As a result, unemployment levels stand elevated in double digits, as much of the nation’s business activity remains temporarily shuttered,” said NMHC Chief Economist Mark Obrinsky in the release.

“Amidst this COVID economy, 71 percent of respondents reported looser market conditions this quarter compared to the prior three months, marking the second consecutive quarter of deteriorating conditions.

“The Federal Reserve has countered this economic malaise with aggressively accommodative monetary policy, resulting in historically low interest rates. This, in turn, has created favorable pricing for debt financing, leading more respondents than not (44 percent to 25 percent) in this round of the survey to report improving conditions for borrowing. Nevertheless, these improved financing conditions have been largely confined to stabilized multifamily assets, and underwriting standards remain fairly stringent,” he said.

Given the extraordinary pandemic-related economic shutdown in March and April, residents in many apartment communities asked for, and received, short-term lease renewals. The majority of respondents (51 percent) thought that, while this will result in a somewhat more difficult summer leasing season with lease expirations being greater than normal, renewals will likely continue at an above-average rate and/or new lease-up activity should remain healthy. Nearly one-third (30 percent) of respondents believed, however, that it will be a much more difficult leasing season this summer, with larger-than-normal expirations and uncertain renewal and new lease rates. Still, a small portion (13 percent) believed there should not be any serious problems this leasing season, as apartments remain the preferred housing option for most current renters. (The remaining 6 percent of respondents were unsure.)