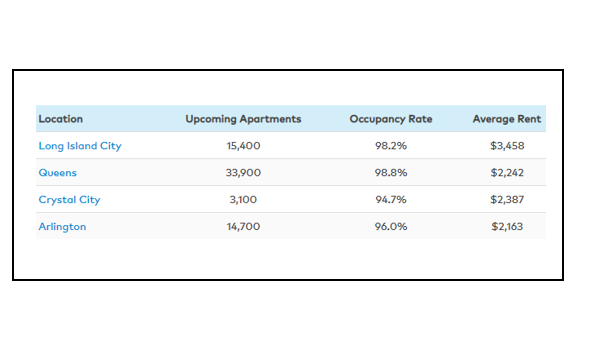 Amazon is expected to spark an apartment boom in the Long Island City and Crystal City areas of New York and Washington where the company has announced it will place its additional headquarters locations.

So RentCafe put together a look at what will be the impact in terms of rents and apartment supply in these two areas that are hubs for millennial workers.

The average rents and supply data comes from Yardi Matrix, RentCafe sister company, which monitors the apartment market. You can find the full report here: https://www.rentcafe.com/blog/rental-market/long-island-city-and-crystal-city-expecting-an-apartment-boom/