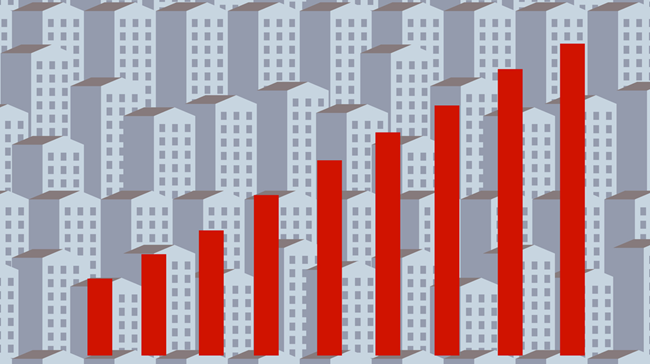 Asking rents are falling in many national multifamily markets, bringing an end to 18 months of record-breaking rent growth, according to a special bulletin from Yardi Matrix.

The rent growth coming to an end and the decline in rent growth has been steadily expanding in multiple multifamily markets.

“After approximately 18 straight months of record-breaking rent increases in nearly all markets, national rent growth has ground to a halt,” writes Andrew Semmes, senior research analyst, in the report.

The report says while we are not in a recession, the chances for one are increasing in the next year.

“Our forecasts for the end of 2022 and for 2023 have broadly been revised downward, as the usual seasonal deceleration has been exacerbated by a more uncertain economic horizon in the medium term.

“Moving into 2023, we do not expect to see rents accelerate again nearly as much as they did in the first half of 2021 and 2022, but inflationary pressures remain high and employment gains are still very strong, so there is potential for a stronger-than-average jump out of the gate in the spring,” the Yardi report says. “However, eventually the Fed’s actions will noticeably cause inflation to fall and unemployment to rise, and when that happens rent growth will largely become anemic. Until the Fed’s policy moves work their way through the economy, though, we should expect a period of increased volatility,” Semmes writes.