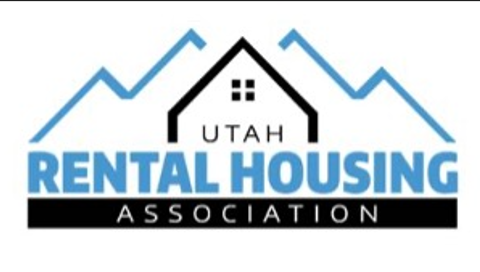 On Sept. 1, 2022, the Utah Apartment Association became the Rental Housing Association of Utah (RHA), as part of a rebranding initiative to articulate more accurately who we serve.

“Apartment units are half of the rental housing units in Utah. The other half are single-family rentals, duplexes, triplexes, fourplexes and accessory dwelling units,” says Executive Director Paul Smith. “Apartment owners, developers and management companies are an essential part of the rental housing domain, and our board wanted to acknowledge and honor that. At the same time, we wanted to make sure rental operators of all stripes understood our association advocates and provides resources for all rental operators in Utah.”

Smith says since rental owners started the first rental housing association in Utah in 1934, there have been several consolidations and name changes, and stresses that each time, the association has moved to the next level and provided better service and resources.

As a part of the rebrand, dues will increase slightly.

“It has been 15 years since our association has had to raise dues. That’s speaks to how seriously we have taken managing rental operators money,” says DJ Bruhn, incoming RHA board chair for 2023. During that time, rents have gone up 131 percent. Most members will see their dues go up about 20 percent, less than their rents have gone up just in the last two years!”

Kirk Cullimore Sr., landlord attorney, past board chair and longtime association board member and legal counsel, says that as part of the increase in dues, RHA will be ramping up its government affairs program.

“We have probably never seen in this country and our state a more hostile environment for rental operators,” he says. “With the massive increases in inflation and rents, housing advocates have never had more leverage and sympathy from government officials to push anti-property rights and anti-property owner initiatives. These could not only increase operators’ costs by millions of dollars but could take away our private property rights and contract rights.”

Cullimore says that in Utah we have done a phenomenal job protecting our industry, while at the same time, providing enormous protections and rights for renters. “But it’s a new world. The amount of pressure on our industry has never been higher, and the association needs more money, more staff, and more focus on government affairs to be able to protect us from what will be coming in future years.”

Cullimore points to surrounding and other states who in the last few years have drastically shifted their landlord tenant law to be not just more tenant friendly, but outright anti-landlord. Many states have passed rent control, restricted fees, increased rental operating costs, and reduced our ability to protect ourselves by prohibiting essential resident screening processes.

“In order to continue to be successful, we have to be a coalition of more than just apartment operators. We need to be single-family owners, student and senior-housing providers, Realtor property management groups and more. This new name will help us with bringing those groups more into the fold,” he says.

Cullimore says within the next year, RHA will be hiring more government affairs staff and increasing its lobbying presence at all levels of government.

“One of the things I am most excited about with the new RHA is our ability to get in front of more rental operators in more places,” says Cody Reeder, RHA Board Secretary and past Education Committee Chair. Cody owns several hundred rental housing units, and through his company, Reeder Asset Management, does property management for an additional 700 units, many single-family homes. “We will be having more meetings in more parts of the state which is so essential because the ownership of rental units in Utah really consists of tens of thousands of individuals and companies. They need our information and training!”

Reeder says many people think of landlords as big out-of-state corporations, but points to research done by the University of Utah Kem Gardner Institute that found that very few rental units in Utah are owned by out-of-state investors. To the contrary, the report showed that most rental units are owned by Utahans, and that over half of rentals in Utah are in building with four or fewer units, including 100,000 single-family rentals.

As part of the new RHA, Reeder says, the association will be holding regular meetings and education, including an annual conference in Cache Valley, where he is based. In addition, Reeder says there will be more meetings in Southern Utah, including the November 29th annual Southern Utah Housing Conference at the Dixie Center in St. George.

“I also am excited to say we will be starting to provide resources and education to our student housing providers, who we have not really served in the past. This will include monthly meetings in Provo/Orem and an annual student housing conference,” Reeder notes.

RHA will continue to provide all previous services

With a new name comes a new website www.rhautah.org but the organization’s office and staff will stay the same. “We will still have the leadership of our Association Executive Paul Smith, who this year celebrated his 20th anniversary with us. We are lucky to have him and his staff to continue to serve us,” says 2022 Board Chair Brad Randall.

If you are interested in becoming a volunteer or serving in a leadership position on our committees and board or have any questions about the name change or any of our services, please reach out to paul@uaahq.org or call us at 801-487-5619.