Pets are a way of life in rental housing and if you want your rentals fully leased, pet owners are a key tenant demographic you want to keep and apartment pet DNA testing can be the key.

Look just at Millennials: 76 percent  are pet owners and a majority are renters.

You might have laughed at first at this headline on how apartment pet DNA testing could fix your apartment property’s pet poop problem.

But here is the reality.

In Chicago, the city had been reviewing an ordinance that would allow city inspectors to fine landlords and property owners who didn’t pick up dog poop on their property up to $500. Cherie Travis, former director of Animal Care and Control and the owner of a pair of two-flats in Chicago where she allows pets, told the Chicago Tribune, “I have multiple units — I can’t check every day. That’s an unreasonable burden to place on landlords.

“The result of this ordinance, admittedly unintentional, is that landlords will not rent to people with dogs. If a tenant cannot find an apartment with a dog, they will either move out of the city or they’ll surrender their dog. Those are the two choices,” Travis told the newspaper. She suggested the ordinance be retooled to “keep the responsibility on the dog owner, which may or may not be the property owner.”

So a growing number of apartment complexes are finding a solution in a company that handles the pet DNA testing necessary to fix the poop pick-up problem.

How can you make the tenant responsible for the pet poop?

Here is how it works: Your tenants swab the inside of their dogs’ mouth and provide you that sample DNA for you to send to a company in Knoxville, Tennessee called Poo Prints. When you find poop in the yard that a tenant failed to pick up, you can send a sample to the company and they will identify the offending dog so you can then take it up with the tenant.

“The number one thing for apartment complexes is, ‘How they can clean up the property and make people responsible?’ for their dogs,” said Ernie Jones, sales manager for BioPet Laboratories, which manages the Poo Prints program. He said some have tried cameras, but that is a huge ongoing expense that requires employees to monitor. And sometimes the video is grainy and hard to see.

“One of the biggest advantages is, it takes away the denial from the tenant about whose dog left the poop on the property,” Jones said. “And it helps avoid the neighbor vs. neighbor accusations about whose dog was responsible for the poop.”

Poo Prints has more than 1,750 apartment properties in the program across the country. “We are growing steadily, adding three to six properties a day. We will be at 2,000 properties by the end of the year,” Jones said.

Who bears the cost of the pet poop program?

So how does the business model work for the company and the apartment properties?

“The business model is a startup fee – the dog registration – and the poop processing is profitable at the start,” for us, Jones says. His profitability declines as the residents and the complex keep things cleaned up, but it is never 100% and there are still cases of poop violations his company will handle.

“The main objection for apartments is the start-up costs. If a complex has 100 dogs at $40 per dog to get started, then that is $4,000 that has to come from somewhere that is usually not in the property’s budget,” Jones said.

However, “once a program is in place, it creates increased occupancy,” he said. “It is just in the beginning and the immediate rollout that is sometimes an issue. In terms of rollout when people want it, it takes about a year in an existing complex to get the program in place.”

“Typically the pet owner bears all the cost,” Jones said, and “not the apartment complex itself.  Typical start-up cost is $40 to $60 per resident dog. Some apartments have to ‘grandfather’ in existing pet owners and gradually start the program with new residents and when leases come up for renewal.”

Tenant fines are typically the way apartments handle the violations when poop is found. One Chicago complex fines tenants $250 for the first violation, and $350 after that that, according to the Chicago Tribune.

Depending on different state regulations, apartment managers may not be able to use the word “fine” when they discover the offenders and want to assess a penalty. Apartment owners will need to check their state regulations on wording for how they can assess a monetary penalty. For instance, “Oregon is tight on how they let the apartments charge tenants for violations,” Jones said.

The environmental issue around pet poop

In addition to keeping apartment grounds clean, there are issues with the Environmental Protection Agency from a water pollution and safety concern.  “Dog waste is thousands of times” more polluting than you may think, Jones said.

“The average person today thinks of dog waste as simply a nuisance when they step in it.   They are also under the assumption that it simply turns into fertilizer, as other waste,” the company said in a release. “In fact, dog waste is not fertilizer and does not simply deteriorate; instead, dog waste is the most contaminated waste of any animal.   Their bodies have adapted over the years to digest any type of foods; as such, they produce huge quantities of bacteria, including E-coli. “

Other pet facts from BioPet Laboratories: 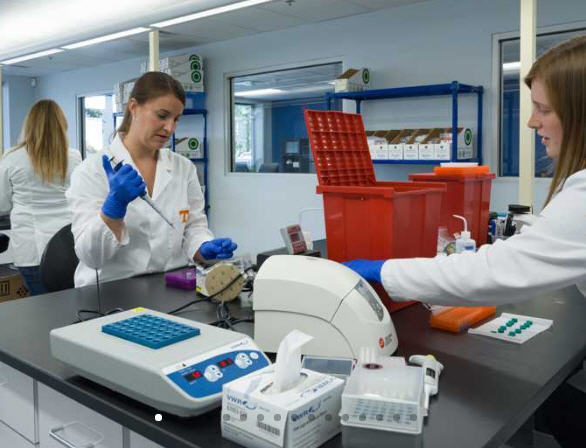 The EPA classified pet waste as a dangerous pollutant. And this doesn’t come from folks jumping on the “green” bandwagon; this classification was made nearly 20 years ago, according to Animal Wellness Magazine.

In 1991, the Environmental Protection Agency classified dog waste as a “non-point source of pollution,” which puts it in a category with oil and toxic chemicals. According to the EPA, a single gram of dog waste can contain up to 23 million fecal coliform bacteria, which is capable of causing cramps, diarrhea, intestinal illness and kidney disorders in people, according to a story in the Knoxville News-Sentinel.

As for its effect on the watershed, waste from 100 dogs could add enough bacteria to temporarily close a bay and watershed areas within 20 miles to swimming and shell fishing, the EPA estimates.

All solutions begin with excrement pickup. If you are among the 38% of dog owners who scoff at this duty, according to a story in the Los Angeles Times, consider what DNA tests revealed about the bacteria in Seattle watersheds: Although 90% or more of it comes from animals in general, some of them wild, fully 20% of it is traced back to the guts of dogs, according to the newspaper. The EPA’s Clean Water Campaign puts it, “If you think picking up dog poop is unpleasant, try swimming in it.”

Cities are going to start leaning on the big apartment complexes from an environmental standpoint to clean up their grounds to stop the runoff contamination. Dense urban areas are a particular problem.

His company said in a release, “One other major issue seldom understood is that rats eat dog waste:  the more left on the ground, the greater the rat population and also the diseases they can pass on.   Many major cities have reported a large increase in rat numbers in parallel with the growth of their dog population.  This is not about whether someone doesn’t like to pick up their dog’s dropping.  This is a social responsibility and about protecting the environment.”

Dog waste can be disposed of properly, the company says, but not by the present system of compliance.

“Every community has tried signs and public information programs.  Some have even spray-painted the waste to show its prevalence.  None of these methods have worked,” the company said in the release. “Dog owners must be accountable.  And the only proven way to make that happen is with DNA detection.”

Do tenants try to beat the system? 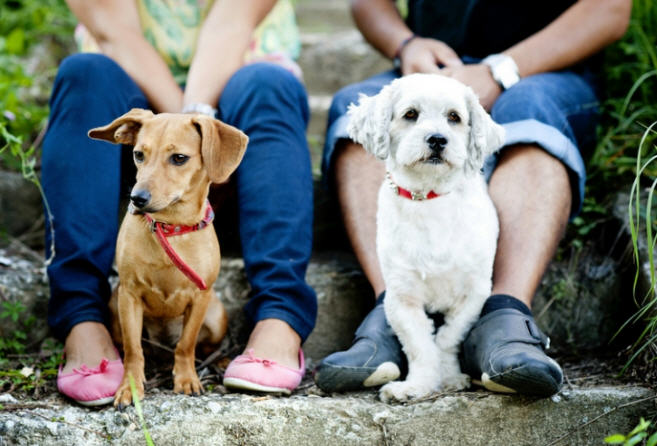 Jones said apartment complexes have issues with tenants who try various means to avoid the DNA fee, such as hiding dogs to avoid registering their pet during a rollout.

One tenant with a white bulldog came up with another plan to beat the system.

Jones tells the story of one property in the program that kept picking up poop and getting “no matches” and could not figure out what was going on.

The mystery was solved when they found out that a tenant who had registered his white bulldog bought a second, almost identical, white bulldog he did not register. He walked them one at a time so most people could not tell which dog was which. Eventually it was discovered that the second white bulldog turned out to be the source of the “mystery poop.”

If a property finds poop what happens next?

All the poop samples come into the company headquarters in Knoxville from across the country.

Jones estimates they get 700 to 1,000 poop samples a month from around the country.

The U.S. Postal Service delivers all the samples in special-leak proof bottles with a special solution that protects and preserves the DNA.

“We use it as a sales tool. It’s something we knew we’d implement right at the beginning,”  Kris Tomlinson,  property manager at the Residences at Fountainhead in west Tempe, a 320-unit apartment complex that opened about a year ago, told the Arizona Republic.

Violators are assessed a $250 fine. Tomlinson said the program has proven an effective deterrent, as only one person has been assessed the fine in the past year.

“We told them it was their dog, charged the $250 fine. They weren’t happy, but then they tell their friends because they’re (upset)” he told the newspaper.

Also: 7 Questions Landlords Have About Pets and Pet-Friendly Apartments

Dogs and the environment

Tempe apartments getting the scoop

Did you step in doggie doo? Nab the culprit.

John R. Triplett is the publisher of Rental Housing Journal and a veteran journalist who has worked for Cox, Gannett and Belo. He also owns a digital marketing company, Desert Path Consulting LLC.