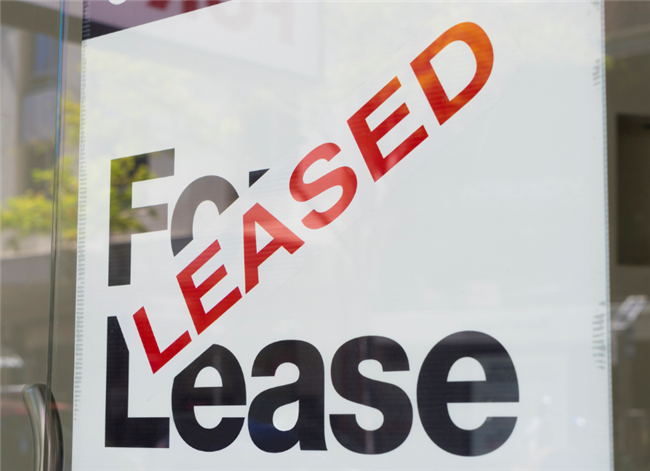 The surging demand for apartments in the second quarter of 2019 saw occupancy climbing to 95.8 percent and new lease rents up three percent annually, according to a release from RealPage, Inc.

“Solid economic growth is encouraging new household formation, and rentals are capturing a sizable share of the resulting housing demand,” he said. “At the same time, loss of existing renters to home purchase remains limited relative to historical levels.”

Surging Demand for Apartments in Second Quarter of 2019

The fast-growing Dallas-Fort Worth area led the nation in apartment-leasing activity during the second quarter, as renters snapped up 10,443 units. Net move-ins also reached robust levels of more than 6,000 units in Chicago, Houston, New York and Washington, D.C.

With demand proving so strong in the second quarter, occupancy tightened despite the delivery of quite a bit of new product. Occupancy climbed to 95.8 percent in second quarter, up from 95.4 percent a year earlier.

Rents for new leases increased 1.8 percent during the second quarter, which normally is when pricing moves most rapidly during the course of the year. Rents are up 3 percent from year-ago levels, reaching an average of $1,390 per month.

Among the country’s large metros, local rent-growth leaders are Las Vegas and Phoenix, with each area posting annual price jumps of more than 8 percent. At the next tier of performance, rent growth comes in at roughly 4 percent to 5 percent in a long list of markets: Atlanta, Sacramento, Austin, Raleigh-Durham, Riverside-San Bernardino, Providence, Greensboro/Winston-Salem, Salt Lake City, Charlotte and Memphis. 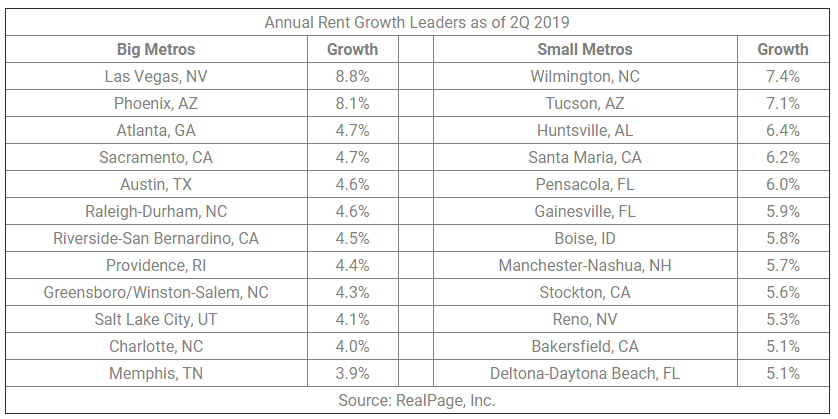 Building in the U.S. apartment sector remains at three-decade highs. Market-rate apartment properties under construction contain more than 418,000 units that will be finished during roughly the next 18 months.

Dallas-Fort Worth remains the country’s leader in apartment construction activity. More than 34,000 apartments are on the way in North Texas, compared to about 20,000 units in Washington, D.C., the second-busiest metro for building. Near-term deliveries will run around 18,000 units in Los Angeles and Houston.

“While the apartment sector’s performance has been terrific of late, the amount of product under construction does point to some near-term risk,” Willett said in the release.

“Most economists are anticipating a slowdown in economic growth, cooling support for housing demand. It would be tough to maintain price growth with so many new properties moving through initial lease-up at a time when demand has weakened.”

RealPage is a leading global provider of software and data analytics to the real estate industry. Clients use its platform to improve operating performance and increase capital returns. Founded in 1998 and headquartered in Richardson, Texas, RealPage serves more than 12,100 clients worldwide from offices in North America, Europe and Asia. For more information, visit http://www.realpage.com.