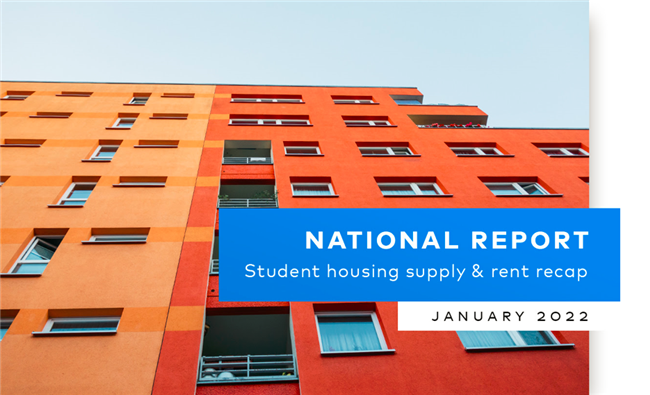 The student-housing industry has largely recovered from the pandemic as student housing leasing has passed pre-pandemic levels despite news of decreased enrollments, according to the latest report from Yardi Matrix.

The preleasing period for the fall 2021 term ended stronger than in 2019, and leasing is off to another hot start for the upcoming fall term, at 26.7 percent as of November.

Annual rent growth is also nearing pre-pandemic levels, at 2.2 percent as of December, just below 2019 levels of 2.4 percent rent growth.

Yardi Matrix says all of the Power Five conferences are experiencing growth in preleasing for the upcoming fall term compared to the previous year, particularly the Big Ten conference. Universities in the Big Ten had the highest percentage preleased (40.0 percent) and the highest prelease growth (18.7 percent) as of November. 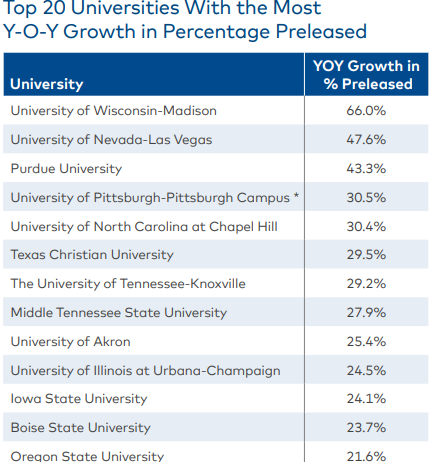 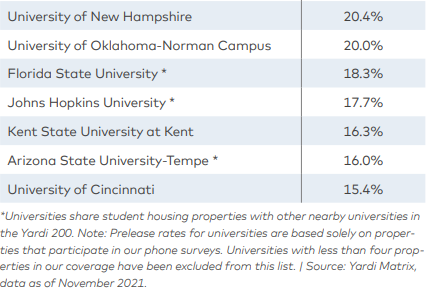