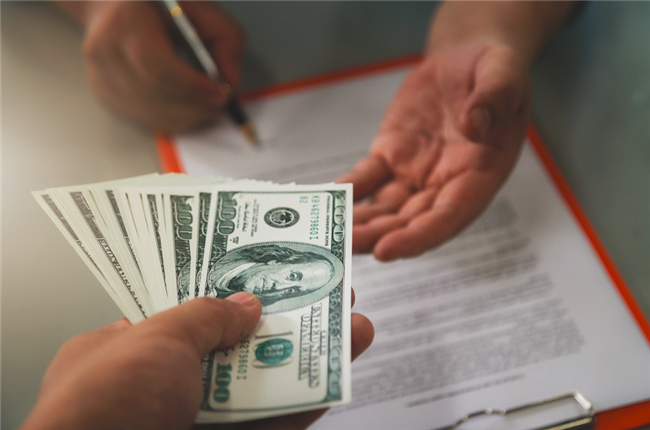 Less than 25 percent of the rental relief money approved by Congress has moved through the states’ distribution processes to residents and property owners in need, the U.S. Department of Treasury reported.

State, local and tribal officials had disbursed about $10.7 billion in rental relief money as of the end of September, representing less than a quarter of the $46.5 billion Congress authorized in two tranches since last December. The Biden administration has pressured state and local governments to ramp up delivery of the rental relief money to avert evictions during the pandemic, so far without much success.

While the Treasury reported that funds going to landlords and tenants went up by 9 percent in September over August, the agency also said they will soon start taking back funds where distributions have been lagging, regardless of the reason.

Some 8.4 million people are behind on rent, according to the most recent Census Bureau survey, with 3.6 million reporting they are likely to face eviction within two months, Politico reported.

“Even with the stronger performance we know that if we don’t do better nationwide, hundreds of thousands of families will still unnecessarily face that painful eviction or risk of eviction,” said Gene Sperling, a senior adviser to the president and the White House’s point person on coordinating rent relief efforts, to Politico.

The National Multifamily Housing Council (NMHC) and the National Apartment Association (NAA) said in a  release that, “In order to facilitate the distribution of rental assistance aid to residents and housing providers alike, NMHC and NAA, on behalf of the nation’s 40.1 million individuals who call an apartment home, ask policymakers to make the following improvements to expedite rental assistance distribution:

Additional proposed reforms to the emergency rental assistance program can be found here.

“Without action to improve disbursement of ERAP and increased participation in the program, renters are faced with further uncertainty and a mounting debt cliff, while rental property owners move closer to foreclosure, bankruptcy, or a forced sale of the property—putting the overall stability of the rental housing sector and broader real estate market in peril,” the NMHC and NAA said in the release.

In Oregon, the  Department of Housing and Community Services and 18 community action agencies paid out a total of $133 million by a Sept. 30 deadline set by the U.S. Treasury for states to commit at least 65% of their initial shares of rental assistance. Oregon’s initial share was $204 million, and the state is in line for more money that will be reallocated from other states failing to spend their full amounts, KOIN reported.