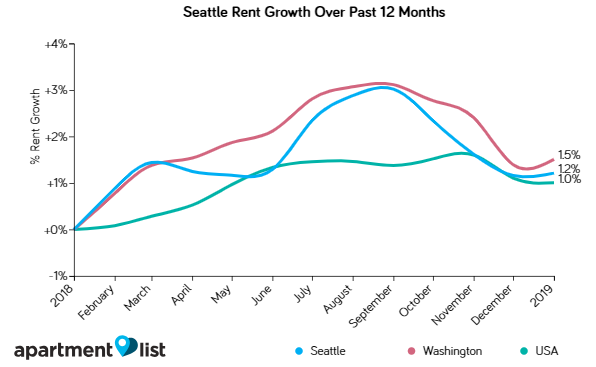 Seattle rents have remained flat over the past month; however, they are up slightly by 1.2% year-over-year, according to Apartment List.

Currently, median rents in Seattle stand at $1,320 for a one-bedroom apartment and $1,650 for a two-bedroom.

Seattle’s year-over-year rent growth lags the state average of 1.5%, but exceeds the national average of 1.0%. 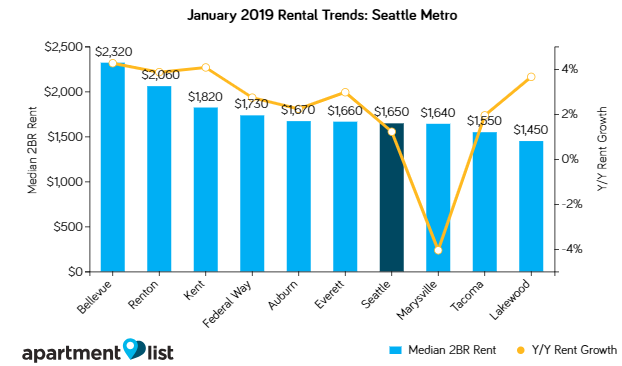 Throughout the past year, rent increases have been occurring not just in the city of Seattle, but across the entire metro. Of the largest 10 cities that we have data for in the Seattle metro, nine have seen prices rise. Here’s a look at how rents compare across some of the largest cities in the metro: 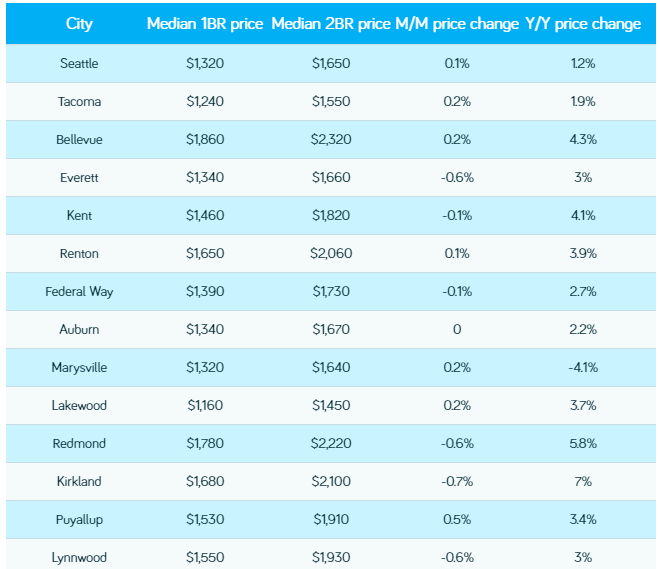 As rents have increased slightly in Seattle, a few other large cities nationwide have also seen rents grow modestly. Compared to most similar cities across the country, Seattle is less affordable for renters: 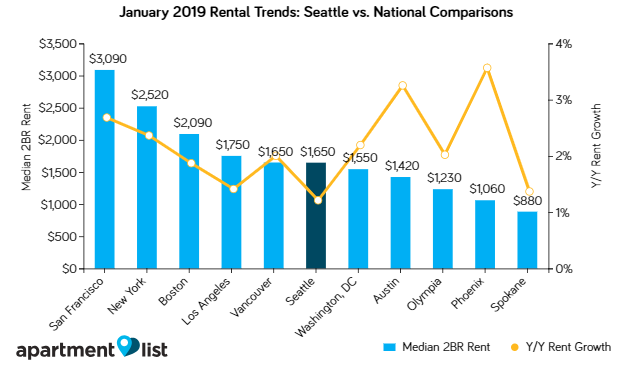