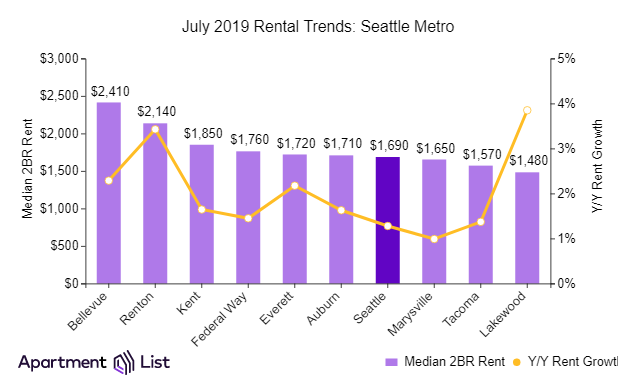 Rents in Seattle have increased slightly by 1.3 percent in comparison to the same time last year. Seattle’s year-over-year rent growth lags the state average of 1.7 percent, as well as the national average of 1.6 percent, according to the report. 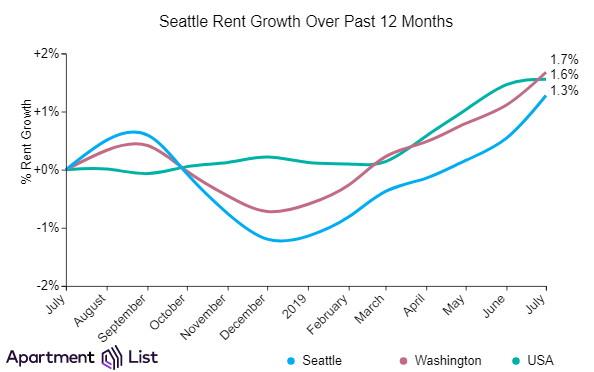 Tacoma rents also increased significantly over the past month

Tacoma rents have increased 0.5 percent over the past month, and are up slightly by 1.4 percent in comparison to the same time last year.

Currently, median rents in Tacoma stand at $1,262 for a one-bedroom apartment and $1,572 for a two-bedroom. Tacoma’s year-over-year rent growth lags the state average of 1.7 percent, as well as the national average of 1.6 percent. 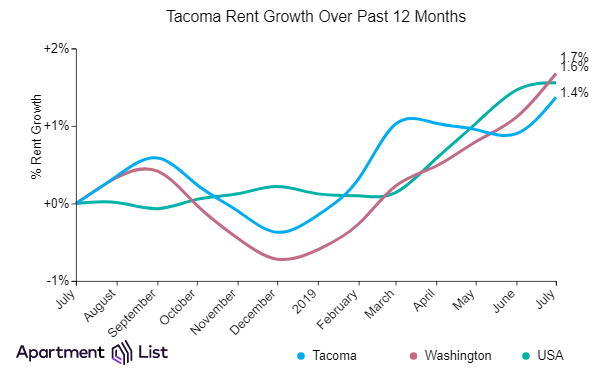 In the largest 10 cities that Apartment List has data for in the Seattle metro, all of them have seen prices rise. Here’s a look at how rents compare across some of the largest cities in the metro. 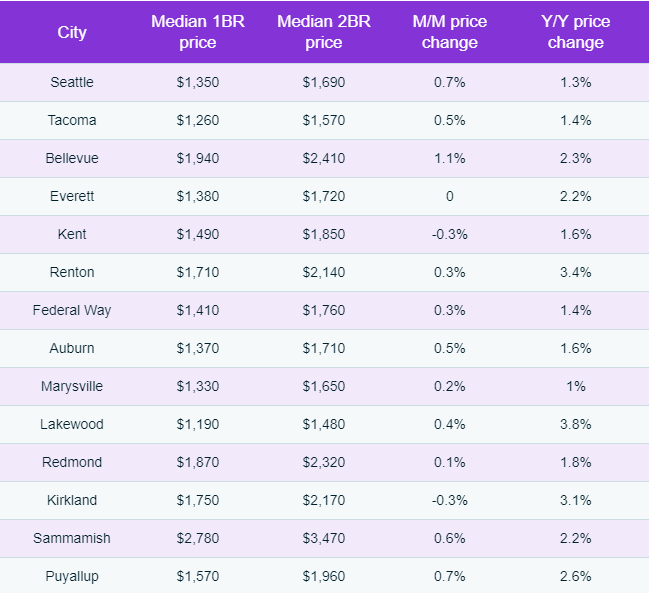 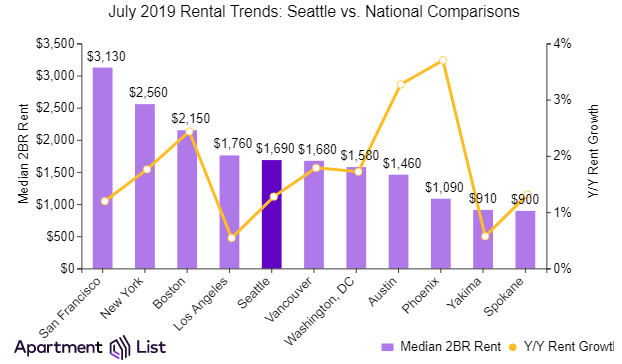 Renters will generally find more expensive prices in Seattle than most similar cities. For example, Spokane has a median 2BR rent of $896, where Seattle is more than one-and-a-half times that price.