Renters over 60 now represent the third largest group of renter households at 22 percent, according to new research from RentCafé.

And the trend is expected to increase. as renters over 60 are the fastest-growing group of renters among all age groups in the last 10 years. With a 43 percent increase, senior renters have outpaced even their fellow homeowners.

Driven by a decline in home ownership, RentCafé researchers’ estimate that by 2035, seniors will make up 31% of the total number of renters, outnumbering Gen Z renters.

Past studies conducted show that the older population is no longer enthusiastic about homeownership, with many seniors starting to downsize and move into rentals. As their children move out, they find themselves alone, often in a big house that costs a lot to maintain. All these factors cause them to rethink their housing choices.

Key findings about renters over 60 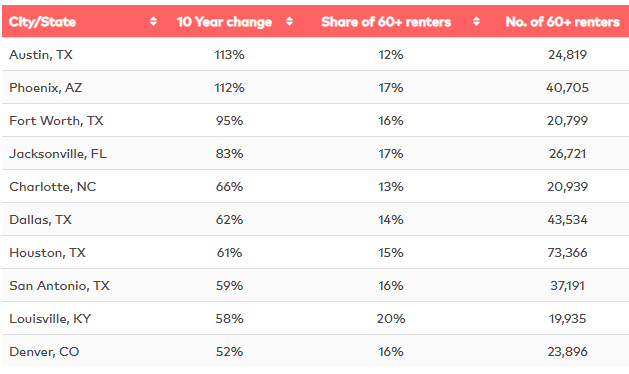 Austin takes the first place as the city with the highest percentage change in the share of 60+ renter households, increasing by 113% in the 10-year period. Phoenix is also present in this top with the second highest increase of 112%; it’s followed by Fort Worth, with 95%. 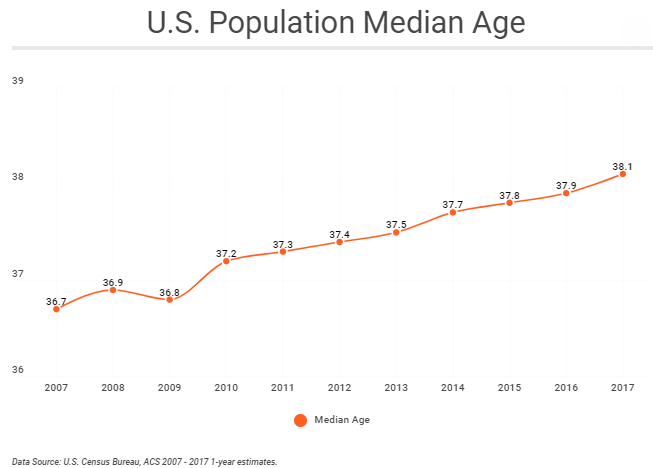 The top 30 oldest cities in the study all have a median age over 39.6 and are mostly retirement cities in Florida, California, or Arizona.

This growing share of older Americans is bound to have an impact on the U.S. real estate market.

This is a cohort of people that witnessed firsthand the impact of the 2007 housing crisis and the re-shaping of the economy, forcing many of them to give up their homeowner status and move into rental properties.

It’s important for developers to acknowledge the particular housing needs of older renters and make sure that they are being met, says RentCafé.