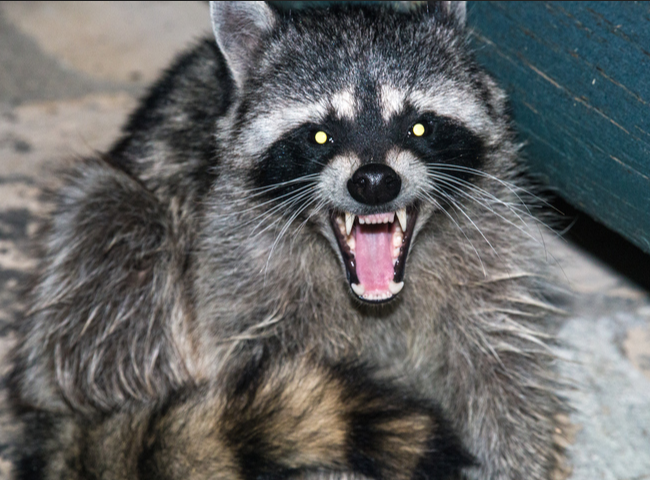 A tenant in a Portland apartment complex has filed suit after she was bitten by a raccoon on the property while she was walking her dogs, according to reports.

Earlier this year a jury has found the same Portland apartment complex failed to make proper repairs to a walkway and awarded $20 million to a man who fell through the walkway.

“I saw something fuzzy under one of the cars,” Schultz told OregonLive.com. “I thought it was a cat. The next thing I know, this thing is launching itself at me and wrapped around my leg.”

The raccoon attacked and bit her leg and the back of her knee and held on until a neighbor came to help and hit the raccoon with a bag, according to reports.

“My whole leg was bleeding,” Schultz told  Willamette week.  “There was blood in my shoes. It was gross. You could see the mouth print on the back of my leg where it had latched on.”

Schultz lawsuit asks for $151,000 for medical bills and the companies’ failure to maintain its property. She argues the apartments’ owners knew the complex had a trash problem that could attract vermin like raccoons.

“This place had insects, rodents, raccoons, running around because they had trash everywhere,” attorney Jason Kafoury told Katu.com. “Tenants complained, employees complained up the chain and Prime wouldn’t do anything to clean it up.”

There was no comment from the apartment complex owners.

The Oregon Veterinary Medical Association told the Oregonian it’s been more than half a century since a raccoon in Oregon has tested positive for rabies. Schultz said emergency room staff didn’t take any chances and administered immune globulin shots around each of the many scratches and bites on her legs.

Woman attacked by raccoon sues landlords: ‘This thing is … wrapped around my leg