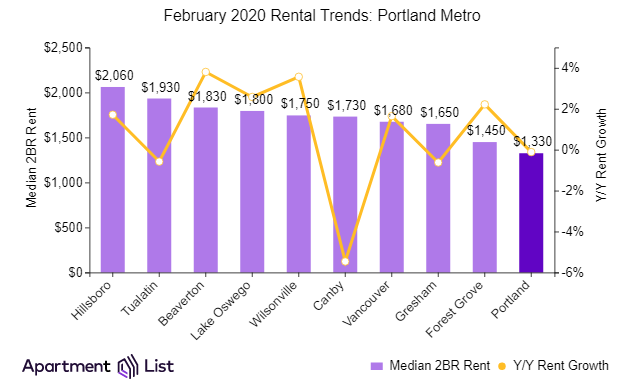 Portland rents have remained steady over the past month, but are down slightly by 0.1 percent year-over-year, according to the latest report from Apartment List.

Portland’s year-over-year rent growth lags the state average of 0.9 percent, as well as the national average of 1.7 percent. This was the second month in a row Portland’s rental rates have held steady after a three-month decline late last year. 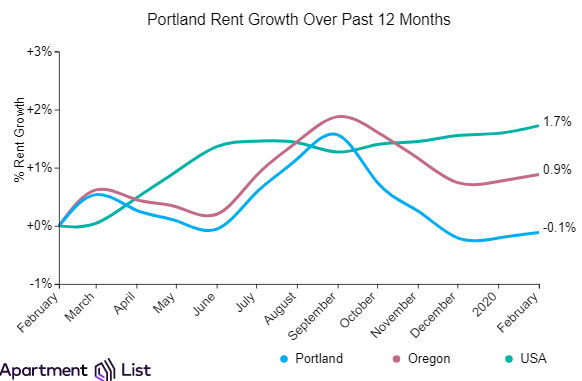 While rent prices have decreased in Portland over the past year, the rest of the metro is seeing the opposite trend.

Rents have risen in six of the largest 10 cities in the Portland metro for which Apartment List has data. 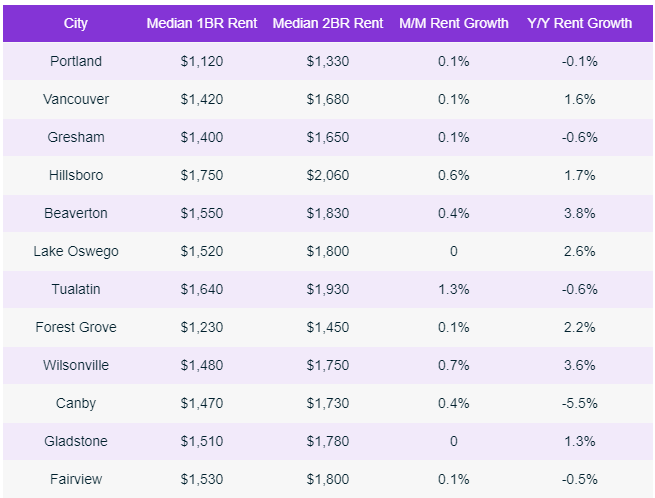 While rents have fallen slightly in Portland, many similar cities nationwide have seen prices increase, in some cases substantially.

Portland is also more affordable than most comparable cities across the country, according to the Apartment List report.

While Oregon as a whole logged rent growth of 0.9 percent over the past year, other cities across the state have seen rents decline moderately. For example, rents have fallen by 0.2 percent in Eugene and 2.2 percent in Salem. 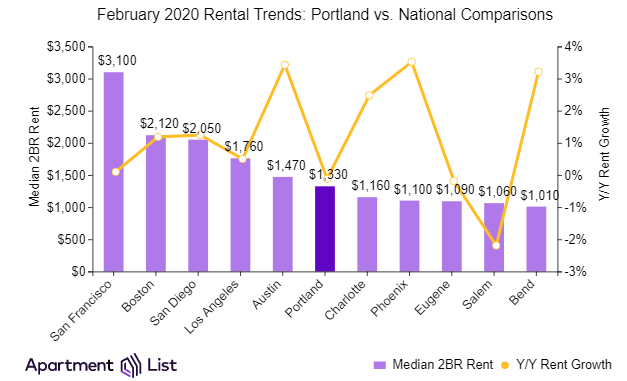