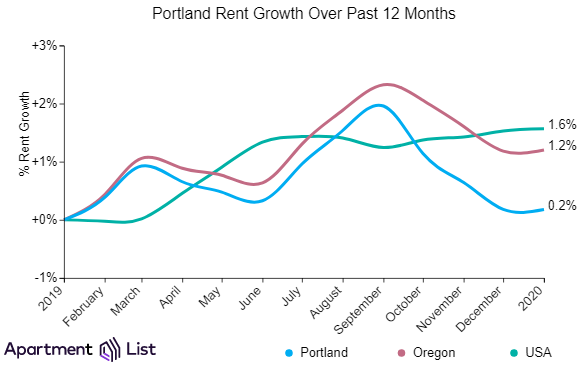 Portland rents held steady over the past month after several of months of decline, according to the latest report from Apartment List.

Portland’s year-over-year rent growth lags the state average of 1.2 percent, as well as the national average of 1.6 percent. After the last increase in September, Portland rents had declined for three months in a row until steadying in January.

Currently, median rents in Portland are $1,122 for a one-bedroom apartment and $1,324 for a two-bedroom.

Rents increase in 8 cities across the Portland metro 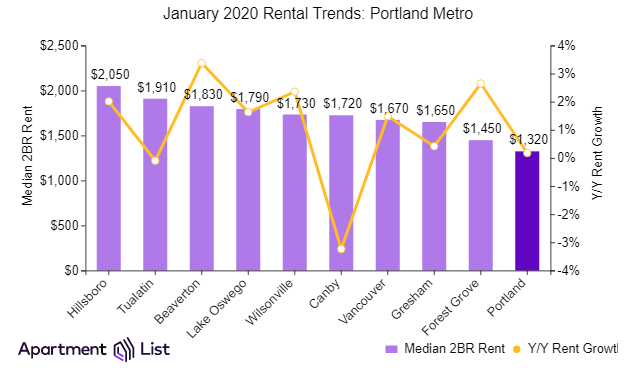 While rents have remained steady in the city of Portland throughout the past year, cities across the metro have seen a different trend.

Rents have risen in 8 of the largest 10 cities in the Portland metro for which Apartment List has data. 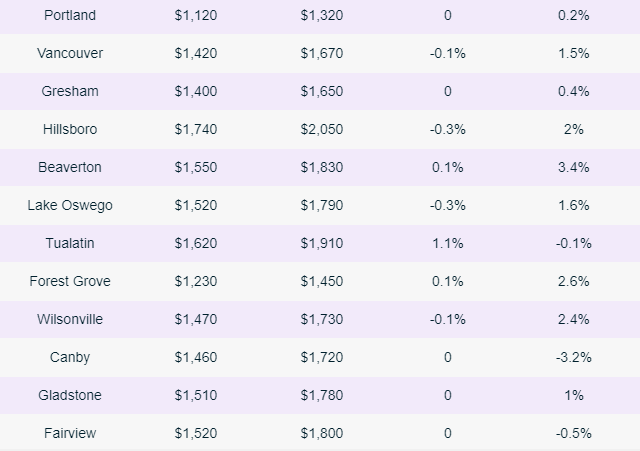 Portland rents are more affordable than many large cities

Rent growth in Portland has been relatively stable over the past year while some other large cities have seen more substantial increases. 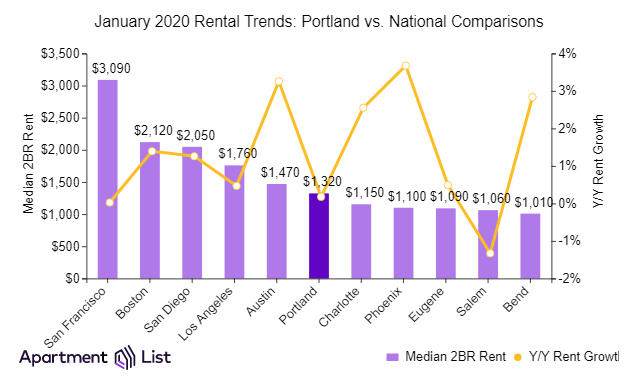