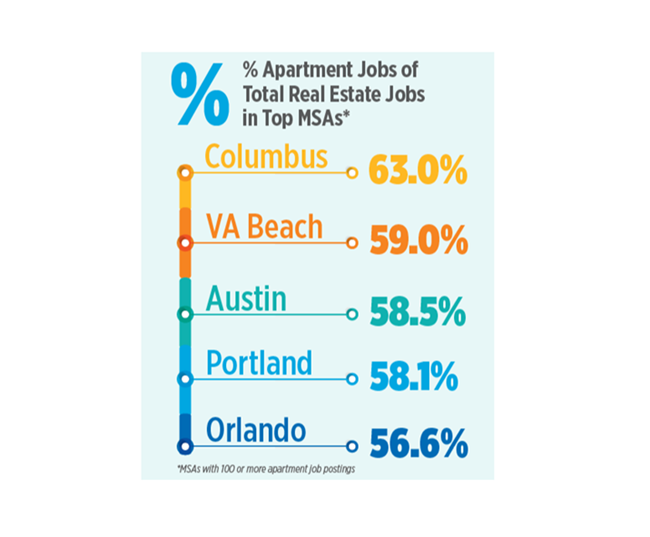 Apartment jobs in the multifamily industry are almost 60 percent of all the real estate jobs in Portland, according to the latest jobs report from the National Apartment Association.

Portland is among the top cities in the U.S. for apartment jobs, along with Columbus, Virginia Beach and Austin.

More than 14,000 positions were available in the apartment industry as apartment communities reached their peak for this year’s leasing season according to the August edition of NAAEI’s Apartment Jobs Snapshot.

Along with Portland, the highest concentration of job postings were in Columbus, Virginia Beach, Austin, and Orlando in Central Florida.

Central Florida has seen robust population and job growth which in turn has increased apartment demand. 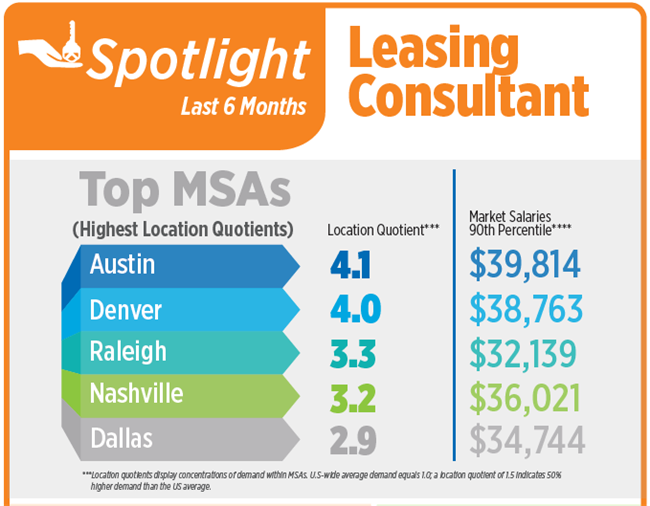 For example, the demand for these positions was more than four times the U.S average in Austin. 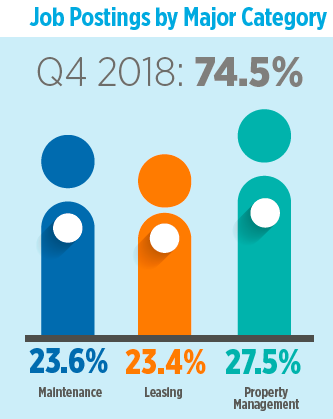