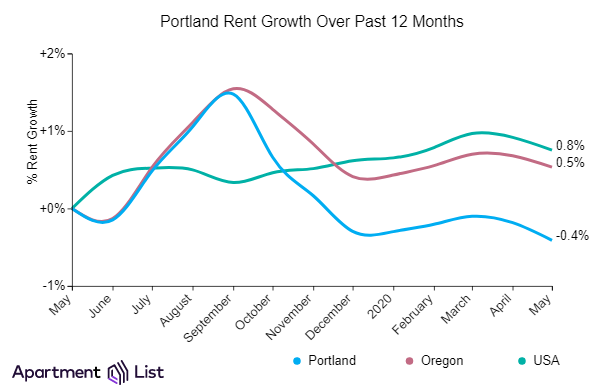 Portland has seen a rent decline of 0.3 percent in the past month as rents in many places have started to dip during the pandemic, according to the latest report from Apartment List.

Other cities nationwide are also feeling the rent decline, such as Seattle by 0.1 percent and Phoenix by 0.2 percent.

“I would note that the areas where we’re seeing the most significant rent dips are in local economies that are heavily dependent on tourism, such as Las Vegas, Orlando, and Miami. Compared to those cities, Portland, Seattle, and Phoenix all have notably higher shares of workers employed in knowledge occupations that can be done from home, so they’re a bit more protected from the harshest economic impacts,” he said.

While rent prices have decreased in Portland, the rest of the metro is seeing varying rent trends.

Of the largest 10 cities that Apartment List has data for in the Portland metro, half have seen increases, while the other half have been decreasing. 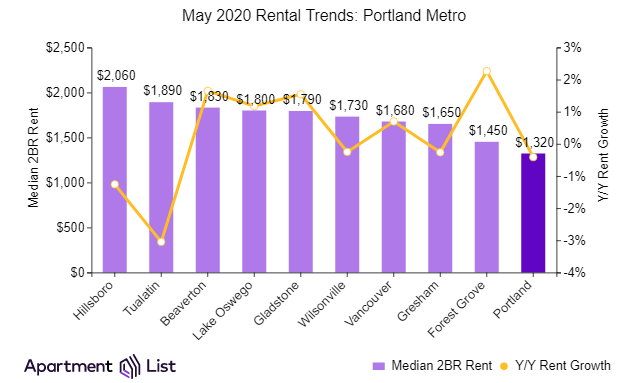 Impact on rent will depend on economic recovery

Salviati said as far as longer-term impact, the pandemic’s effect on rent prices will depend heavily on how quickly the economy is able to recover.

“Even in the best-case scenario, it’s highly possible that we could see a protracted uptick in downgrade moves as many households facing financial hardship begin looking for more affordable housing,” Salviati said.

“We may also see a significant slowdown in new-household formation, as more Americans move in with family or friends to save on housing costs. These trends could lead to tighter competition for rental units at the middle and lower ends of the market, while luxury vacancies get harder to fill. 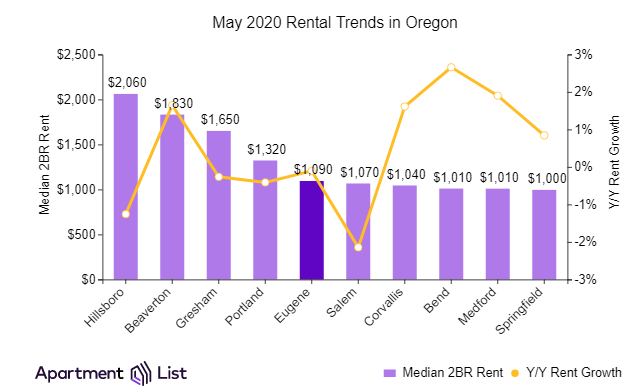 “As I mentioned above, Phoenix, Seattle, and Portland are not among the areas that I would consider to have the most at-risk local economies, but there’s still a lot of uncertainty in how this will all play out,” Salviati said.

Portland Rents Remain Steady Over The Past Month While Suburbs Climb