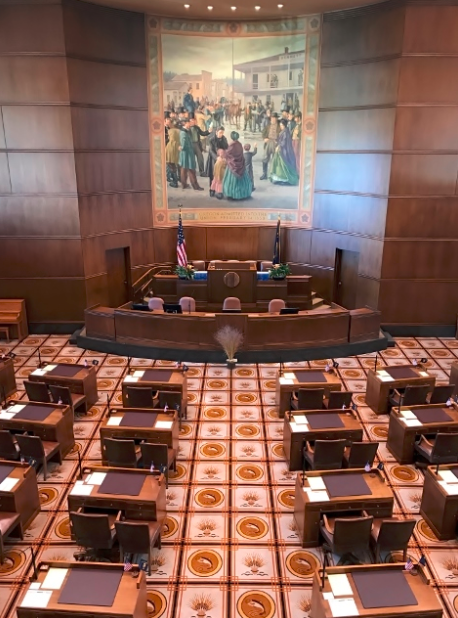 Landlords this week gave their views on the Oregon rent-control and evictions bill to a Senate committee, which is sending the bill to the full Senate for a vote, according to reports.

Senate Bill 608 had a hearing that lasted for several hours before the Senate Housing Committee. Powerful house and senate leaders have lined up behind the bill, which looks to pass in this legislative session.

Here is what some landlord groups had to say about the bill:

“At best, Senate Bill 608 will have no effect,” said Deborah Imse, executive director of Multifamily NW in an interview with OregonLive.com, “but at worst it will make housing less affordable in the long run.”

Multifamily NW opposes the bill, as did many landlords who testified on their own behalf. They argued it would hurt business and discourage investment, resulting in substandard housing.

“There’s a lot here for landlords to dislike,” said Jim Straub, the legislative director for the Oregon Rental Housing Association, to OregonLive. “But I’d also like to recognize it for what it isn’t: an industry killer. As written, I do not believe it will be catastrophic to our livelihood.”

The committee room was packed with people who felt the bill didn’t go far enough — arguing the 7 percent cap was too high — as well as others who said it would end up causing rents to increase in the long run, according to reports from opb.org.

“It is beyond my comprehension how smart people think punishing landlords is going to increase the number of rental units in the state,” wrote Dianne Cassidy, a landlord in Gladstone, to the committee.

“Instead, the state is seriously considering putting a cap on our businesses’ income, which is a disincentive to be in the rental market altogether,” Cassidy wrote, according to opb.org.

A bill dealing with many of these same issues failed in the Oregon legislature last year.

“Oregonians cannot afford to wait another year … They are losing their housing now,” testified House Speaker Tina Kotek, a key lawmaker behind Senate Bill 608, to members of the newly-created Senate Committee on Housing, according to opb.org.

What Oregon Senate Bill 608 Does