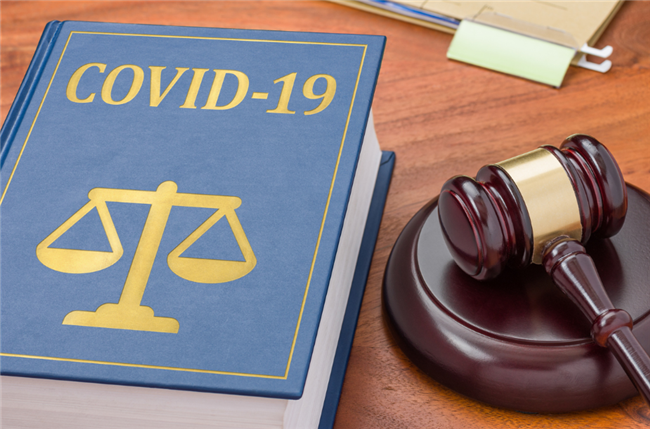 Several Oregon landlords have filed suit in federal court in Oregon alleging the legislature, even after passing the most recent bill, has failed to responsibly address the housing crisis.

The lawsuit was filed in the Federal District Court naming Governor Kate Brown, the State of Oregon, Multnomah County and the City of Portland as defendants, according to John DiLorenzo, attorney for the landlords.

DiLorenzo said according to Multifamily NW, Oregon renters are currently in arrears to a total of between $800 to $900 million in unpaid rent.

“Yet, the state has opted to make available only a fraction ($200 million) of the overall need to benefit renters who reside in only certain types of housing owned by certain types of providers,” DiLorenzo said. “Sadly, the state had a chance to address this issue during the third special legislative session by taking up LC 881, a proposal designed to make it easier for all housing providers to provide rent forgiveness for existing tenants in exchange for credits against future Oregon income tax.

“Instead, it adopted a new law (HB 4101) that fails to equitably address the growing crisis and simply kicks the can down the road, increasing the crushing debt that tenants who cannot pay rent will ultimately have to deal with in bankruptcy courts.  The state’s latest response will require both renters and housing providers to wait in a very long line only to discover when they get to the window that the promised support is all sold out. 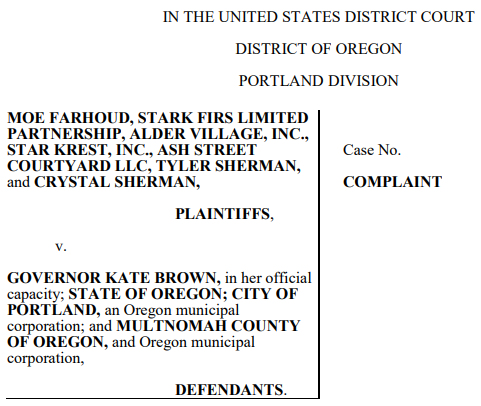 “Renters are in need of immediate support, unrestricted by artificial ‘tests’ and unreasonable bureaucratic impediments.  The lion’s share of renters want to pay rent and cannot because they have lost their livelihoods (either due to the governor’s choice to close the businesses which used to employ them or because the governor has closed the schools their children attend, requiring them to provide all-day care for their children).

“Governor Brown, the state, the county and the city determined that the COVID-19 crisis required those actions.  We are sympathetic to all who have been impacted by this horrible disease and are not going to second-guess whether the government’s responses were necessary or appropriate.  But there is no doubt that the state’s choices and the choices of the city and county were the direct causes of the grave financial circumstances which renters and their housing providers are now experiencing.”

The landlords filing suit “are private-sector housing providers who the defendants have required to provide services without compensation,” he said.

DiLorenzo said one of the landlords filing the suit, Moe Farhoud, “is a respected housing provider in the Portland area. Farhoud immigrated to Oregon from Lebanon in 1985, fleeing a war that claimed members of his family.  He has dedicated much of his life and his business to creating safe, good-quality rental housing. Farhoud helps individuals get a second chance at finding stable housing, working with clients who have past infractions. A brief video about Mr. Farhoud and the business he has built is linked here:  http://moefarhoud.com/

Another landlord filing suit is the Sherman family, local housing providers in the mid-Willamette Valley who have invested 18 years of their lives to build their business.

“Crystal and Tyler have renovated dozens of distressed properties into rental homes that have provided a safe space for hundreds of families. They are proud of the business they have built together and the opportunity it has provided them to give back to their community,” DiLorenzo said.

The plaintiffs request that the Federal District Court either declare the moratorium declarations, executive orders and laws invalid and void or, in the alternative, require the state, city and county to design and implement a plan to adequately compensate all private housing providers for their losses incurred in addressing the consequences of the governments’ response to COVID-19.