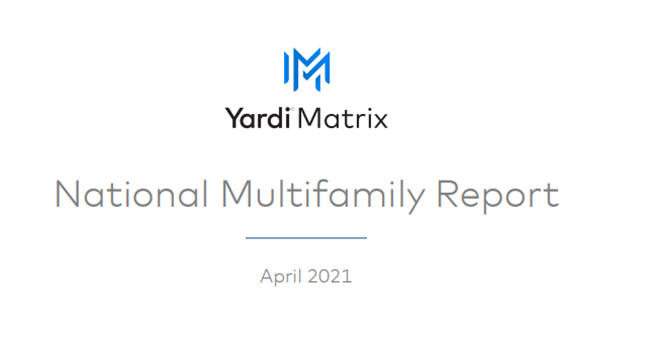 “All Top 30 markets had positive month-over-month rent growth last month, the first time that has occurred since March 2020,” the report says.

Rents increased the most on a year-over-year basis since March 2020 and on a dollar-amount basis since June 2015, Yardi Matrix said.

“The Inland Empire, Sacramento (8.4 percent) and Phoenix (8.1 percent) have been leading all markets for rent growth for the past few years, and the pandemic has only accelerated that trend.

“To put that in perspective, national rents have increased by 12 percent over a five-year period. Five years ago, overall rents were extremely low in each of the three aforementioned markets, with plenty of room to run. But with such strong growth over the past five years, when will rents begin to taper off in these markets?

“The good news is that the distress seems to be extremely concentrated in select urban core submarkets, with the further potential distress discussed at the beginning of the pandemic not likely to come to fruition,” Yardi Matrix says in the report.