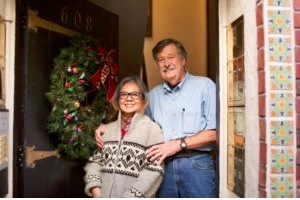 Landlords and tenants in Seattle have filed a class action lawsuit challenging the city’s use of warrantless mandatory rental inspections, according to a release from the Institute for Justice.

The lawsuit, which was filed in King County Superior Court, argues that the city’s program is a clear violation of the Washington state constitution’s mandate that “no person shall be disturbed in his private affairs, or his home invaded, without authority of law.” Yet, in Seattle, that is exactly what happens when the city forces landlords and tenants to submit to a warrantless search, according to the release.

“By subjecting tenants to random, government-mandated inspections that would not occur if that same person owned their home, Seattle is treating renters like second-class citizens,” William Maurer, the managing attorney of the Institute for Justice’s Washington state office, said in the release.

“Your home is your castle, regardless of whether you rent or own it. It is plainly unconstitutional for Seattle to force renters to open up their homes to government inspectors when nothing is wrong inside,” Maurer said.  “The lawsuit seeks to do one simple, but important, thing—allow tenants to exercise their constitutional rights and say ‘no’ when an inspector shows up without a warrant.”

“It should be up to tenants to decide whether they want a stranger entering their home” Institute of Justice attorney Rob Peccola, said in the release.  “The fact that someone rents, rather than owns their home should not give the government the right to disrupt their life, invade their privacy and search their homes even when there is no evidence that anything is wrong.”

“The law makes landlords do the city’s dirty work when a tenant says no to an inspection,” Peccola said in the release.

“The city has never attempted to get a warrant—that would mean forcibly entering over the objections of people the law was meant to help—so instead it fines landlords upwards of $500 per day until they can coerce their tenants to allow the inspection. The city is essentially fining landlords for refusing to violate their tenants’ privacy.”

How the Seattle inspection law works

Under Seattle’s program, each year the city randomly chooses roughly 10% of the rental units in Seattle for a mandatory inspection.

Owners of buildings with more than one rental unit may choose to have a sample of at least 20 percent of the units in a building inspected (up to 50 total units), with the city choosing which units to inspect.

Anyone renting an apartment or home chosen by the city must allow inspectors into their home to inspect it for housing code violations, even if they do not consent and the city does not have a warrant. The law offers no options for tenants or their landlords to object to the search.

For many years, Seattle addressed housing code violations in rental housing using a complaint-based system. But in 2013, Seattle, like an increasing number of municipalities, switched to a proactive rental inspection system, the Rental Registration and Inspection Ordinance, or RRIO, which took effect in 2015.

Earlier this year the city informed the landlord for renters Matthew Bentley, Wesley Williams, and Joseph Briere, that their home needed to be inspected. Bentley, Williams, and Briere, along with their three other roommates, have nothing to hide. But because their home is in great shape and they all value their privacy, they informed the city that they did not want their home inspected. The city responded by threatening fines upwards of $500 per day if their landlords did not somehow coerce the housemates to allow the unconstitutional inspection.

“For me, it’s not only a matter of privacy but also of security,” Keena Bean, one of the tenants who filed suit said in the release. “I’m a young woman living alone in the city, and I take my personal safety very seriously.

“Deciding whether or not to let a stranger into my home is something that should be left 100 percent up to me. Just because I rent doesn’t mean the government can force its way into my bedroom and through all of my personal belongings,” she said in the release.

Bean’s landlords, plaintiffs John B. Heiderich and Gwendolyn A. Lee, have owned and operated rental properties in Seattle for more than forty years.

“They care deeply about their tenants and cultivate long-term relationships with their renters. They are unwilling to act as the vehicle by which the city will intrude into Ms. Bean’s home without her consent and are committed to helping their tenant protect her constitutional rights,” according to the release.

About the Institute For Justice

The Institute for Justice, which has an office in Seattle, is a nationwide, public interest law firm that stands up for citizens’ constitutional rights and liberties. It has filed three previous lawsuit challenging rental inspection laws in Redwing, Minn., Golden Valley, Minn., and Pottstown, Penn. Through strategic litigation, training, communication, activism and research, the Institute for Justice advances a rule of law under which individuals can control their destinies as free and responsible members of society. IJ litigates to secure economic liberty, educational choice, private property rights, freedom of speech and other vital individual liberties, and to restore constitutional limits on the power of government

Lawsuit In The Superior Court of King County Washington