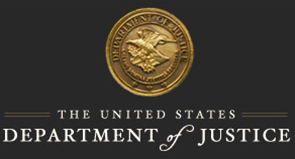 An Iowa landlord will pay $135,000 to settle with the U.S. Department of Justice and resolve a lawsuit alleging that the Davenport, Iowa, landlord Juan Goitia violated the Fair Housing Act by sexually harassing female tenants, according to a release.

The settlement also resolves claims against 908 Bridge Cooperative which, along with Goitia, owned the properties where the harassment occurred.

Under the consent order, which still must be approved by the U.S. District Court for the Southern District of Iowa, defendants are required to pay $135,000 to compensate individuals harmed by the harassment and pay a civil penalty to the United States. The consent order also:

“Sexual harassment by housing providers is an illegal and egregious abuse of power that deprives tenants of their right to be safe and secure in their homes,” Assistant Attorney General Kristen Clarke for the Justice Department’s Civil Rights Division said in the release.

“The Justice Department is committed to protecting the rights of vulnerable tenants subjected to sexual harassment and will continue to hold landlords accountable and obtain relief for survivors.”

The lawsuit, filed in 2020, alleged that since at least 2010, Goitia subjected female tenants to harassment that included making unwelcome sexual comments and advances, touching tenants’ bodies without their consent, entering the homes of female tenants without their consent and without prior notice, and taking adverse actions against tenants who resisted his sexual overtures or complained about the harassment, according to the release.

This case was litigated by attorneys in the department’s Civil Rights Division and the Civil Division of the U.S. Attorney’s Office for the Southern District of Iowa. The Justice Department’s Sexual Harassment in Housing Initiative is led by the Civil Rights Division, in coordination with U.S. Attorneys’ Offices across the country. The goal of the department’s initiative is to address and raise awareness about sexual harassment by landlords, property managers, maintenance workers, loan officers, or other people who have control over housing. Since launching the initiative in October 2017, the Department of Justice has filed 23 lawsuits alleging sexual harassment in housing and recovered over $9.6 million for victims of such harassment.