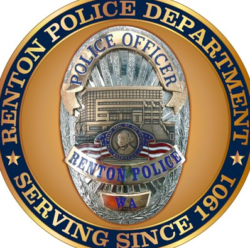 A landlord serving an eviction notice on a tenant in her fourplex was shot in the head and critically injured at a Renton, Washington, apartment complex when the home’s occupant began firing at her, according to reports.

The woman, 40, was listed in satisfactory condition in intensive care at Harborview Medical Center in Seattle.

Renton police arrested Gasperich after he returned to the area near the shooting and drove past officers, Renton police spokesman David Leibman told the Seattle Times. Officers pulled Gasperich over “and he gave up without any incident,” Leibman  told the newspaper. Officers do not know why he returned to the area, Leibman said. He was arrested on investigation of felony assault, Leibman said.

The woman told Renton police when she tried to serve the eviction notice, the suspect greeted her at the door of his apartment with a long gun, according to KIRO. He fired three times, striking her once in the head. She sought refuge at an auto detail shop next door.

A worker at the auto repair shop told KIRO, “We saw the lady come out from the apartments,” Omar Tellez, told KIRO. “Her face was like full of blood and she asked for help.” He called 911.