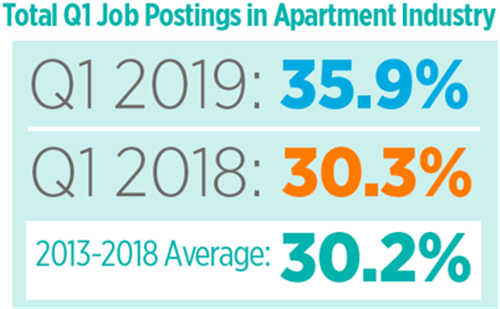 Job openings in the apartment industry comprised nearly 36 percent of available real estate positions during the first quarter of 2019, well above the average for the past six years and a significant increase from 2018, according to the National Apartment Association Education Institute (NAAEI).

The NAAEI monthly jobs report ranking showed metro Denver on top in terms of the concentration of jobs in apartments versus other property sectors.

Competition for talent in both Denver and Seattle was particularly fierce given the high demand for jobs in the industry as well as in hospitality and retail.

Positions in property management in demand 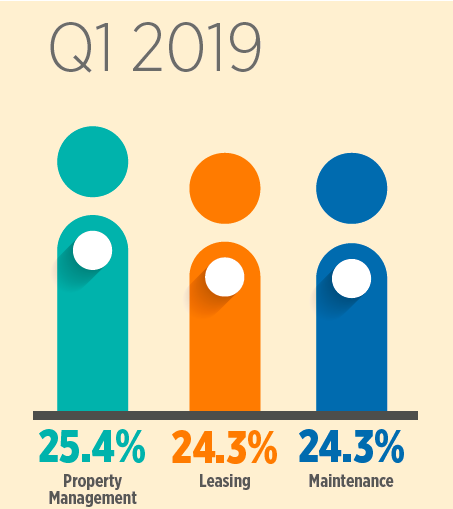 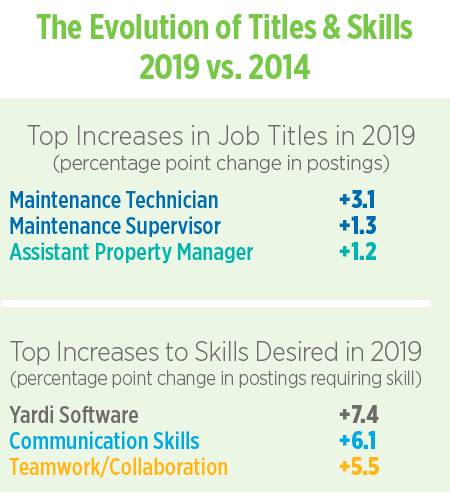 Maintenance jobs are often cited by industry professionals as some of the most difficult to attract and retain.

According to CEL & Associates, on-site maintenance jobs had the highest turnover rates, 37.3 percent, in 2017. Over the past five years, the two job titles most in demand, maintenance technician and maintenance supervisor, increased their share of apartment jobs by 3.1 and 1.3 percentage points, respectively.

With the exception of the specialized skill of Yardi software (up 7.4 percentage points), changes in skills sets were typically more common among baseline, or soft skills.

Positions requiring strong communication skills and the ability to collaborate have increased significantly since 2014.

Competition in Denver and Seattle more fierce than other cities

The apartment industry often competes with the hospitality and retail sectors, all of which require strong customer service, communication, and organizational skills.

Competition for talent in Denver and Seattle was likely fiercer than other cities given the location quotients for all three sectors are rated very high.

That means demand for all of these jobs is well above the U.S. average. 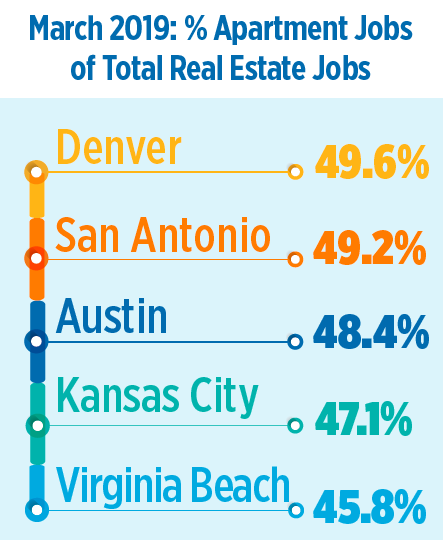