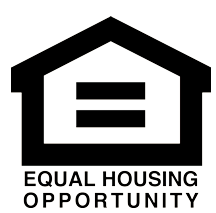 The U.S. Department of Housing and Urban Development (HUD) has charged an apartment complex in South Dakota with discrimination after the complex refused to allow a couple living in a one-bedroom unit to remain in their home after they had a baby.

HUD charged both the owners and their property management company at The Village at Three Fountains in Sioux Falls, S.D. with housing discrimination for refusing to let a couple and their newborn baby stay in their one-bedroom apartment because of the owners’ occupancy policies, according to a release.

“Shortly after the new baby arrived, the mother asked representatives of the property management company how long two adults could live in a one-bedroom unit with an infant and was told that since there were three occupying the apartment, they would have to move to a two-bedroom unit,” HUD says in the release.

“Though the owners and property management company asserted that their two-person-per-bedroom occupancy policy was required by the Sioux Falls City occupancy code, HUD’s charge alleges that the City Code is in fact more flexible than owners’ policy, as it allows for the consideration of additional areas beyond bedrooms that may be considered for sleeping and occupancy purposes. After being denied the opportunity to remain in their unit, the couple and their baby moved to another complex,” the HUD report says.

The Fair Housing Act makes it unlawful to refuse to rent or to impose different rental terms on the basis of familial status, including actions that unreasonably limit rental occupancy by families with children.

“Occupancy policies that exclude families with children or make it harder for them to obtain housing are unlawful and have no place in today’s often tight housing markets,” Anna María Farías, HUD’s Assistant Secretary for Fair Housing and Equal Opportunity, said in the release.

“We will continue to take action when housing providers employ practices that violate the nation’s housing laws,” she said.

“Housing discrimination because of familial status has long been prohibited in this country,” Paul Compton, HUD’s General Counsel, said in the release. “HUD will continue to vigorously enforce the Fair Housing Act to advocate for families with children, and other protected classes, who are treated unjustly in violation of the law.”

The Village at Three Fountains is a multifamily apartment complex comprised of seven, three-story buildings, containing a total of 182 apartment dwellings, all one- and two-bedroom units.

HUD’s charge will be heard by a United States Administrative Law Judge unless any party elects for the case to be heard in federal court. If the administrative law judge finds after a hearing that discrimination has occurred, he may award damages to the family for their losses as a result of the discrimination. The judge may also order injunctive relief and other equitable relief, as well as payment of attorney fees. In addition, the judge may impose civil penalties in order to vindicate the public interest.