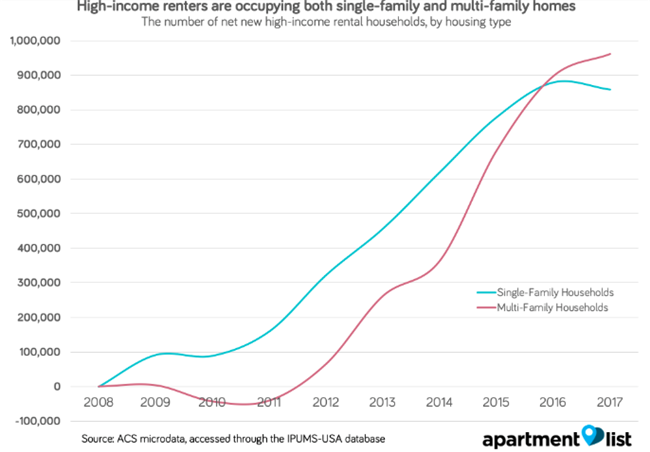 High-income renters are the fastest-growing housing segment in the United States, representing renters with six-figure incomes who choose to continue to rent rather than buy, according to new research from Apartment List.

Across the United States there has been an increase of 48% in the number of renters who earn at least $100,000 per year. Growth in this segment in the future is expected to be much faster in multifamily homes than in single-family homes. 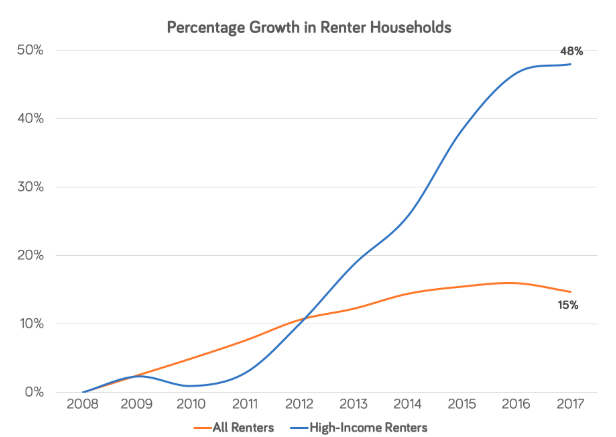 What is driving the high-income renters market

There are interacting supply-and-demand forces that are encouraging high-income households to rent instead of buy: 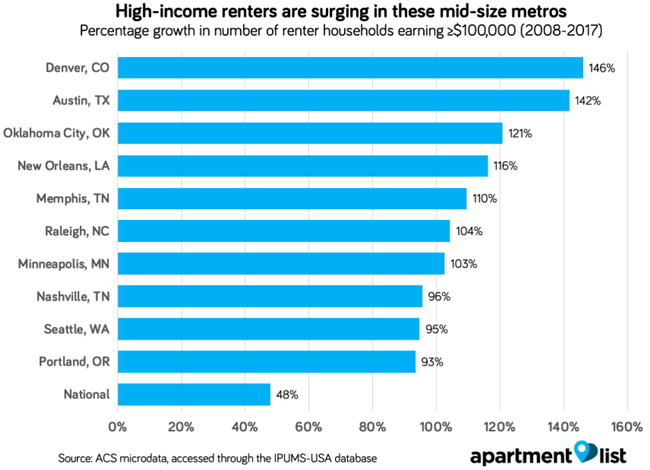 Why the surge in high-income renters in multifamily?

During the first three years of the recession, as single-family rentals were surging across American suburbs, funding for new housing construction had mostly evaporated.

But in 2011, the multifamily sector came back to life and brought new renter-friendly housing to dense urban cores. As Apartment List previously analyzed, multifamily construction quadrupled between 2010-2017 and has returned to pre-recession spending levels.

Most of this supply was geared towards the higher end of the market, providing new amenities for high-income renters at a time when single-family home construction lagged. 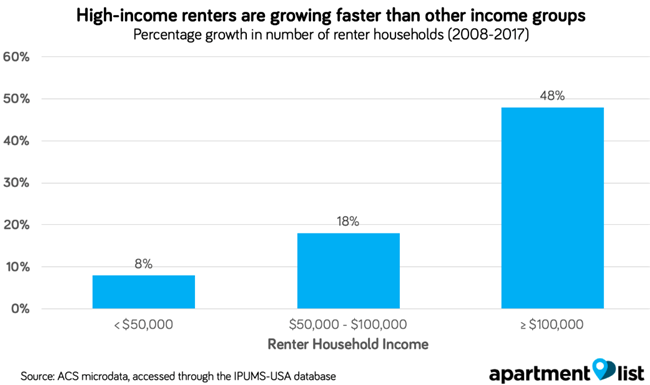 From 2008-2011, high-income renters left multifamily homes in favor of the vacant single-family homes left behind from the Great Recession, according to the Apartment List research. Then, following the resurrection of multifamily construction in 2011, high-income households moved into these homes at such a fast rate that they overtook single-family in just five years. 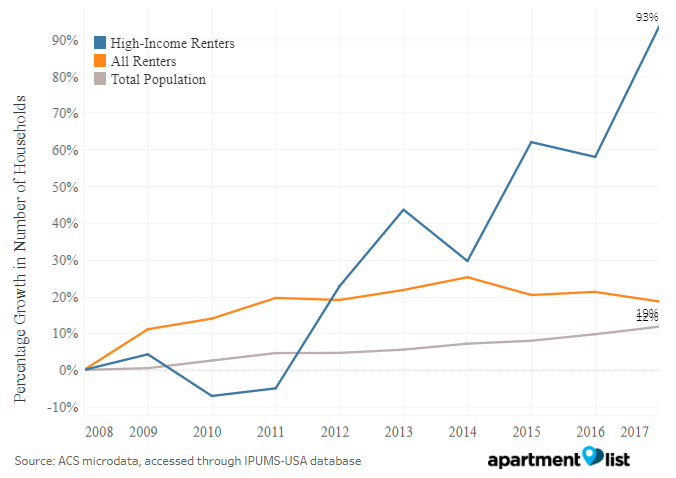 What does this mean for the future of the housing market? 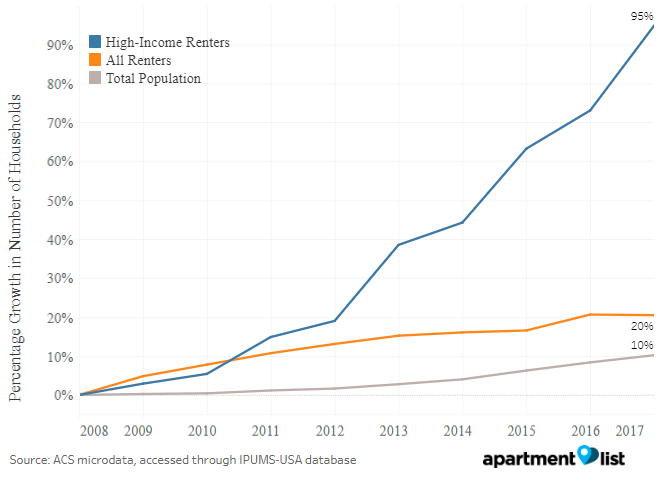 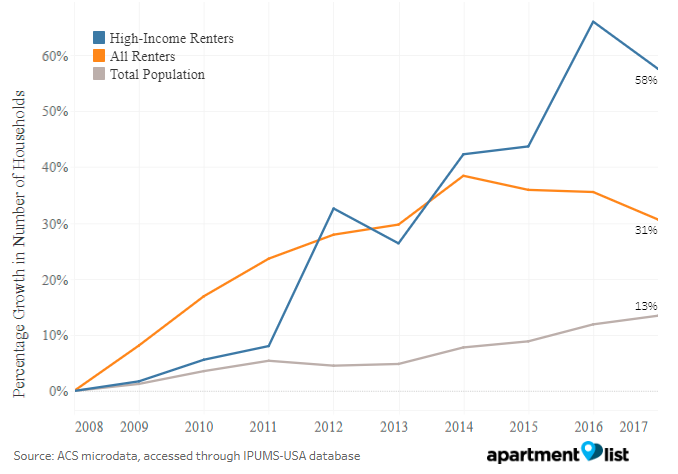 Apartment List is a fast-growing online apartment rental marketplace “on a mission to make finding a home an easy and delightful process,” according to the company. The company currently has over four million units on the platform and has reached more than 150 million users in over 40 cities since launch.