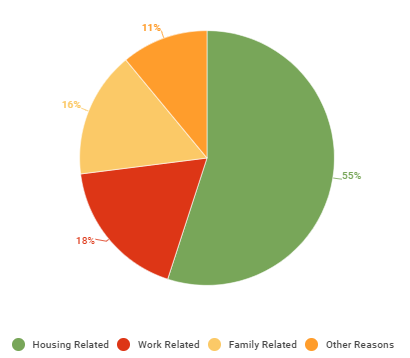 The Phoenix metro area and Dallas-Fort Worth top the list of areas where people are moving to find more affordable housing solutions and a less expensive metro to live in, according to a study from RentCafe.

Maricopa County with a median income just $3,000 less than that in Los Angeles and a rent $1,000 cheaperhas become increasingly popular among those fleeing hot markets like the ones in California. Same goes for the top Texas counties where the median income is above that in Manhattan ($83,500).

According to the US Census Bureau, 55% of the U.S. residents who decide to move do so for a housing-related reason. Leaving an expensive, first-tier metro for a more affordable one has become a major trend. With this in mind, we wanted to see which US metros are affected the most by a new kind of population movement: affordable migration.

“With the middle-class squeezed by the rising cost of living, particularly housing costs, many average-earners find it an onerous endeavor to create a decent life for themselves and their families. Living in a big metro like New York or Los Angeles may come with a high income and more opportunities, but the cost of housing in these expensive areas can place a middle-class lifestyle too far out of reach,” RentCafe says in the report.

Why Phoenix And Maricopa County Are Tops in Affordable Housing

To better understand what makes Maricopa County the top destination to move to and what role housing affordability plays, Rent Cafe asked for the opinion of Mark Stapp, Fred E. Taylor Professor of Real Estate, Executive Director of Masters of Real Estate Development, and Director of the Center for Real Estate Theory and Practice at Arizona State University in Tempe, Arizona.

“Housing is a critical element in population expansion and economic development in Maricopa County as in all places. There is currently an affordability issue because the cost of housing has increased faster than incomes. But it’s more than just looking at an affordability index to determine the impact of housing on people’s decision to move to Maricopa County,” Stapp told RentCafe.

“More important is the total housing burden, the desirability of the area (quality of the place) and the type of jobs being created. Key reasons people typically give for moving to Phoenix metro area are:

“Phoenix does have important advantages that in the long run should help resolve, or at least keep in check, affordability issues. These advantages include a regulatory environment that is less onerous than many states making new development faster and less expensive to entitle and build, few constraints to future growth, relatively new transportation infrastructure, sufficient domestic water supply (diverse sources and most advanced water laws have made metro Phoenix much more resilient to shortage than most of its competitive metro areas) and available land that is easy to develop.

“These facts mean that adding median priced homes is relatively easy and less expensive which will help resolve the affordability issue over time,” Stapp told RentCafe. 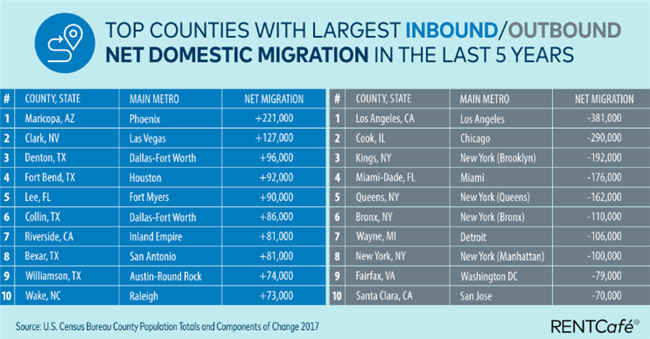