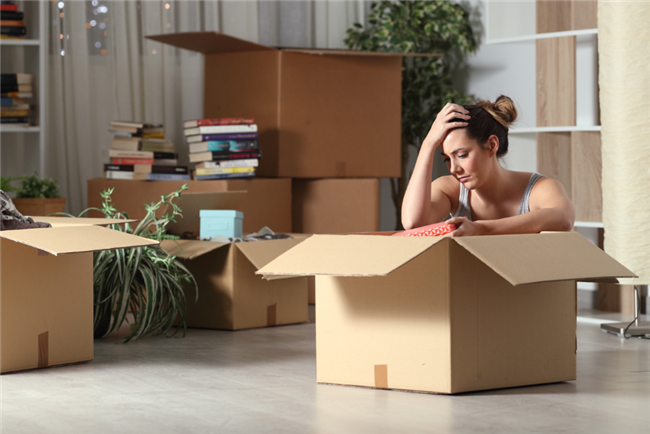 Landlords are facing challenges to eviction practices in many cities and states and often vilified for simply taking steps to protect their businesses. The reality is that evictions are an awful side of the rental housing business that causes pain for both tenants who need a place to live and landlords who have to run a business. Here is a summary of what is going on at the federal level.

Two proposals have been introduced in the U.S. Senate aimed at reducing the number of evictions across the nation. The Eviction Crisis Act and the Prevention Evictions Act propose aid in the form of emergency rent assistance, court translators, mediation, more legal guidance, and further study of the underlying issues.

In 2016, there were 2.3 million eviction filings nationwide. Evictions are not only detrimental for tenants; they have a negative impact on landlords, as well. Neither party benefits from an eviction. For landlords, the eviction process can take weeks or months of time, cost, and stress. Evicting a tenant can take up to 3-4 weeks and costs an average of $3,500, according to data from SmartMove.

The two bills currently being considered in the Senate include:

In December 2019, Senators Michael Bennet (D-CO) and Rob Portman (R-OH) introduced the bipartisan Eviction Crisis Act, which was developed and championed by the Opportunity Starts at Home affordable homes campaign.

Colorado Sen. Bennet says, “This new legislation will shed light on the root causes of the eviction crisis, reduce preventable evictions, and limit the devastation to families when eviction is unavoidable.” The Eviction Crisis Act aims to:

The Eviction Crisis Act proposes to collect and analyze data on evictions by creating a national database. Then, it proposes to establish a Federal Advisory Committee on Eviction Research to review the data and make policy recommendations aimed at preventing evictions or reducing the consequences when eviction is unavoidable.

The bill would help fund state and local government programs to increase the use of social services representatives for tenants in landlord-tenant court, and establish an emergency assistance fund to provide financial assistance and housing stability-related services to eviction-vulnerable tenants.

During the tenant-screening process, the proposed Eviction Crisis Act would require consumer-reporting agencies to provide tenants with screening reports when they are requested as part of a rental application process, so tenants can contest and correct inaccurate or incomplete information.

When a court rules in favor of a tenant in an eviction proceeding, the bill requires those judgments and eviction filings related to that proceeding to be removed from tenant-screening reports.

While some evictions involve tenants who owe thousands of dollars, some evictions occur when tenants owe much less, in some cases just a few hundred dollars. The Prevent Evictions Act is aimed at helping reduce the number of small-dollar evictions by creating a landlord-tenant mediation grant program.

A study by Eviction Lab across 22 states found that the median money judgment for eviction cases between 2014 and 2016 was $1,253. This number includes other costs accumulated during the court process, so most tenants initially faced eviction for failure to pay a smaller rent sum.

The bill would provide funding for Housing and Urban Development (HUD) to study the cost-effectiveness of a rent-insurance program. Rent insurance would cover the cost of rent if a tenant experiences an unforeseen circumstance, such as sudden job loss or an unexpected medical bill, https://accisotret.com and is unable to pay rent.

The Prevent Evictions Act would:

This bill has been referred to the Committee on Banking, Housing, and Urban Affairs.

Potential Impact of legislation on landlords

If either of these bills passes, the potential impact for landlords could be:

At the heart of the evictions crisis is the nation’s increasing affordability crisis. The lack of affordable rental housing has many tenants stretched beyond their ability to afford their monthly rent. 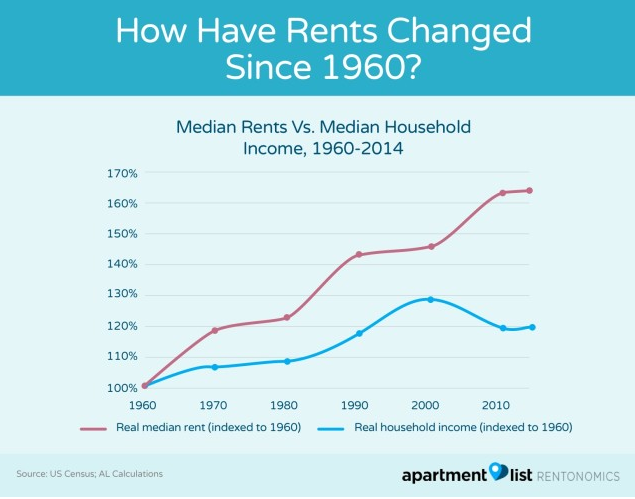 A 2018 report from The National Low-Income Housing Coalition found the average American being paid minimum wage would have to work 99 hours per week to afford a one-bedroom apartment at fair-market rent.

For these Americans, even small, unexpected financial events can threaten their housing stability. An unexpected illness, job lost, car accident, divorce, or family emergency can result in a family being unable to pay rent, leading to being evicted from their home.

Renter wages have stagnated, while rents have risen significantly in the past 60 years. Adjusting for inflation, the median rent payment has risen 61% since 1960 while the median renter income grew only 5%.

The goal of both pieces of legislation is to reduce the number of preventable evictions for low-income Americans, by providing nominal sums of money on a limited- or one-time basis, to save them from falling into homelessness. Both bills are still under consideration; neither has been put up for a vote.

Evictions: They Are Not The Terrible Landlords Fault