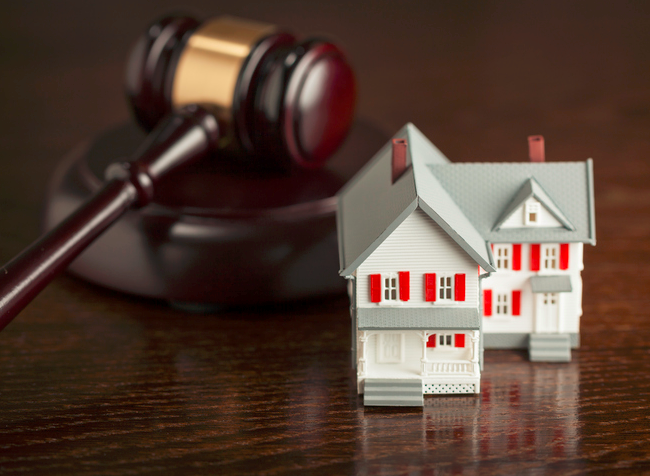 A federal judge in Oregon has issued a preliminary injunction prohibiting enforcement of an Oregon law against what are called “love letters” between buyers and sellers of real estate.

In his court order, District Judge Marco A. Hernández says Oregon’s House Bill 2550 “likely violates” the First Amendment rights of real estate agents. “It is not in the public interest to enforce a law that is likely unconstitutional, even one aimed at the laudable goal of reducing unlawful discrimination in housing,” the judge said in his legal opinion.

The “ruling preserves the opportunity of home buyers to speak freely to sellers and make the case why their purchase offers should win out,” Pacific Legal Foundation attorney Daniel Ortner said in a release. “Love letters communicate information that helps sellers select the best offer. The state cannot ban important speech because someone might misuse it. Oregon’s overly broad speech restriction is clearly not justified, and the decision is a major victory for free speech and economic opportunity.

“Last year, Oregon became the first state to pass a law banning real estate brokers from transmitting non-customary communications between home buyers and sellers, fearing that so-called “love letters” might be used to discriminate in housing transactions—but without any evidence of such discrimination.

“For Total Real Estate Group, the ban on love letters harms their ability to match potential homebuyers with their dream homes. The letters often prompt sales below the top monetary offer, creating opportunities for first-time homeowners and giving sellers peace of mind that their home ends up in caring hands,” Pacific Legal Foundation said in the release.

What Are “Love Letters” And Why Are They Used?

“At a time when home sales have become a cutthroat business, every bargaining chip matters—to buyers, sellers, and the real estate companies in between. Prospective buyers commonly use so-called ‘love letters’ to move sellers’ hearts—and sales—in their direction,” the Pacific Legal Foundation said.

“These conversations give less-privileged buyers a chance at their dream home, which might otherwise be out of reach, while helping sellers ensure their homes are well-loved.

“Buying a home is not like buying a pair of pants; it can be a highly personal and emotional transaction for buyers and sellers. Such letters help ensure that all of these other factors are taken into account.

“These letters are also integral to the work of Oregon-based Total Real Estate Group, a mid-sized real estate firm with brokers throughout Oregon and Southern Washington. As many as 75 percent of the firm’s offers have some form of love letter or broker-written cover letter that allows buyers to go beyond the financial offer to tell sellers why they love a home and how they’ll use it.

“As one of the firm’s brokers puts it, ‘Without a love letter, it feels like an incomplete offer.”

“And they work. The letters often prompt sales below a seller’s asking price, create many first-time homeowners, and give sellers peace of mind that their home ends up in caring hands rather than an out-of-state, house-flipping investor or developer,” the foundation said in the release.