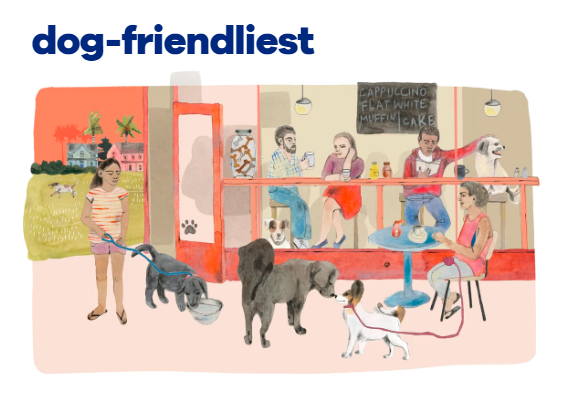 Downtown Portland has won second place runner-up as the most dog-friendly neighborhood in the U.S. by The 2018 Neighborly Awards, according to a release from Trulia.

The Neighborly Awards is a review of nearly 10,000 neighborhoods coast to coast based on more than 20 million written reviews and polls answered by participating locals, according to the release.

More than one in four U.S. adults (27%) say having a dog-friendly area is one of the most important attributes when it comes to the neighborhood they live in

Baldwin Park tops the list for being dog-friendly with 100% of participating locals saying that they often see neighbors walking their dogs. This neighborhood is also home to an annual Doggie Derby, a road race for dogs that benefits a local charity.

“People take great pride in where they live. In fact, many buyers and renters say the neighborhood mattered just as much as the house when they were searching for a home,” Tim Correia, Trulia’s senior vice president and general manager, said in the release.

“Every day, people tell us why they love their neighborhood. Using these insights, we created The Neighborlys to celebrate America’s most beloved neighborhoods and to showcase what makes them so special to the people who live there,” he said in the release.

With The Neighborly Awards, Trulia aims to shine a light on the neighborhoods that locals love most with the goal of inspiring buyers and renters in their home search. National and local winners in 18 major housing markets were identified using owned data in the following categories: friendliest neighbors, dog-friendliest, most holiday spirit, best social calendar, most walkable, and kid-friendliest.

Other winners of awards

Trulia Neighborly Awards Methodology
Designed to helps prospective buyers and renters quickly grasp if a neighborhood has the right fit and feel for their lifestyle, Trulia Neighborhood’s What Locals Say feature surfaces insights straight from the people who know the neighborhood best: locals. The feature provides both written neighborhood reviews and feedback on topics we know prospective buyers and renters care about, like if there is easy parking, or if people talk to their neighbors, or decorate their homes for the holidays.