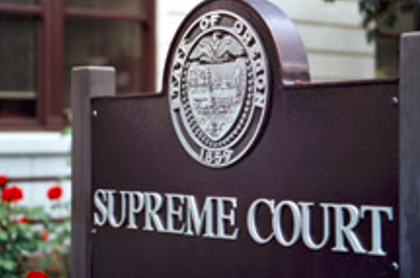 DiLorenzo, who represented the interests of landlords who sued the City of Portland, said the ruling was contained in a 31-page majority opinion and a nine-page dissent.

“We did not get the result we hoped for. The bottom line is that we did not prevail.  According to the dissent, we should have,” he said. “The long and the short of all this is that we lost despite a good fight.”

The majority opinion concludes that ORS 91.225 does not prevent municipalities from enacting measures that might have some influence over a landlord’s decision to raise rent unless it actually controls the amount.  The opinion also concludes that the ordinance did not impermissibly create a private cause of action. Also, “it goes on to say the statute does not define rent control or control.”

On the other hand, the dissent says, “The text of the ordinance and the circumstances surrounding its adoption permit only one conclusion:  The city, as a means of ‘stabilizing’ rising rents, intended to deter landlords from setting rents at fair market levels and selected a coercive tool to accomplish that objective.”

The dissent concludes that the relocation ordinance “controls the rent” and should therefore be preempted.

DiLorenzo added his opinion, saying, “The City of Portland has over the past several years created an extreme regulatory environment for housing providers. “Yet it decries the lack of sufficient rental housing.  It is unrealistic to, on the one hand, adopt policies that discourage ownership of rental housing and, on the other hand, complain that there is too little supply and that rents are too high.”

The landlords, who lost in lower court rulings, argued the Portland relocation ordinance is in conflict with state laws that ban rent control. On March 7, 2018, the Portland City Council made the ordinance permanent and extended its application to landlords who own as few as one rental unit. The ordinance requires landlords to pay tenant moving costs if they want to increase rent by 10 percent or do no-cause evictions to move tenants out to rehab old apartment buildings to upgrade them.