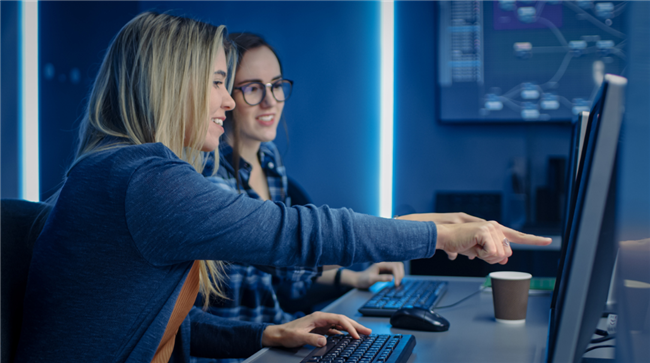 Keeping jobs during downturns, often called “durable employment,” shows up much more in some cities than in others, according to new research from Yardi Matrix.

Job stability is key to tenants being able to pay rent in the multifamily industry, as well as to landlords who are struggling to collect rent during the pandemic.

Employment losses caused by the COVID-19 pandemic have been unevenly spread across the economy, so  Yardi Matrix  studied which metros have the highest concentration of jobs in finance, professional and technical services, and government—sectors that have lost the lowest proportion of jobs.

“Metros with the highest percentage of durable jobs generally are home to a government cap­ital, state university and/or strong presence of knowledge-based industries,” the report says.

Metros with the most durable jobs

“All of which include fed­eral or state government capitals. The Lansing/ Ann Arbor metro also is home to the University of Michigan and Michigan State University.

“Washington has for decades been among the most consistently performing U.S. metro for com­mercial real estate because of the stability afford­ed by being the capital of the U.S. government. The presence of government-related industries that include lobbying, legal, trade groups, founda­tions, think tanks, etc., gives the metro an employ­ment base that is extremely stable,” the report says. 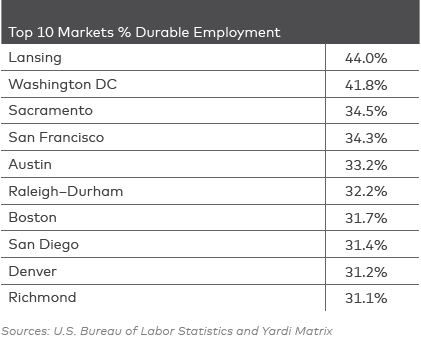 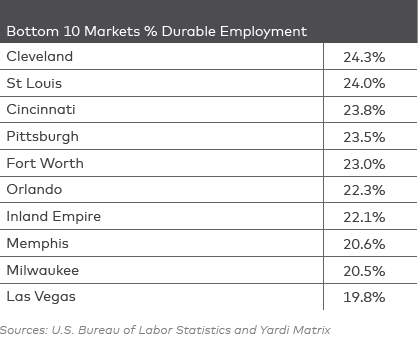 Roughly two-thirds (33) of the Yardi Matrix top 50 metros are above the na­tional average, which reflects the concentration of financial jobs in urban centers.

Metros with the highest percentage of jobs in this sector are:

“The goal of this study was to determine metros’ exposure to the job segments that have per­formed the best at the outset of the pandemic. The upshot is that having a base of government jobs (including state universities) and/or concen­trations of knowledge-based industries including (but not limited to) finance and technology should help metros weather the downturn,” the report says.

“Questions remain about the economy in com­ing quarters. Our study was based on jobs lost through April, and the composition of job losses may evolve. For example, government has lost rel­atively few jobs so far, but we could see massive layoffs of state employees if the federal govern­ment doesn’t provide aid to states. And the job picture could change rapidly as states begin to re­open. Most unemployment claims have been filed by furloughed workers that are subject to call­backs as the economies of those states reopen,” Yardi Matrix says in the report.

Download the full report here: Special research bulletin: Which Metros Have the Most Durable Employment Sectors?