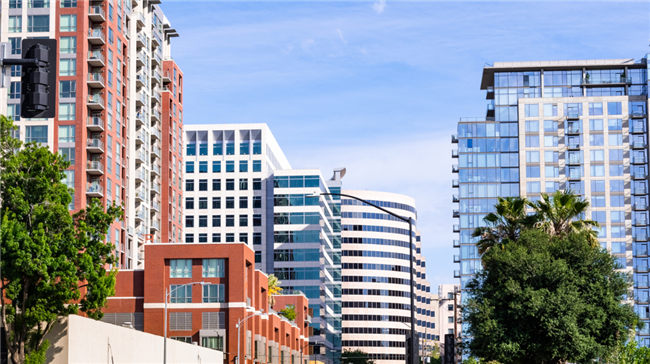 A vote that could undo Proposition 13 property tax protection in California could lead to future initiatives to tax multifamily properties.

When Californians head to the polls next November, they will be presented with a ballot measure titled, “The California Schools and Local Communities Funding Act” that purports to “restore over $12 billion per year to California’s schools, community colleges, health clinics, and other vital local services,” as  local advocacy group SchoolsAndCommunitiesFirst.org describes it.

If voters opt to pass this bill, they will officially undo Proposition 13 property tax protection for Californians on all commercial and nonresidential properties, which may feel irrelevant to many apartment owners and landlords in the state.

However, warned Tracey Hernandez, founding CEO of the Los Angeles-based nonprofit Business Federation (BizFed), this legislation could create a landslide of future initiatives that will not only affect multifamily property owners immediately but place single-family rental owners and their tenants squarely in the crosshairs as well.

“This measure will take all commercial property taxes to a new appraised value to the tune of $11 billion a year,” she explained in a session at Standard Management Company’s annual “The Magic of Real Estate” conference on October 29, 2019.

“The money will go for a variety of things: 40 percent for education, 60 percent to do a variety of other work. The problem we have is that it is a ‘split role,’ which means splitting the types of properties and saying, ‘Of course, commercial properties and businesses will foot the bill. There is a fault in that argument,” she said.

Hernandez warned that many California voters will likely believe single-family rental owners and renters are protected because the bill only raises taxes on commercial properties. However, multifamily properties will, in at least some cases, be included in that tax hike. Those costs will be passed, at least in part, on to tenants as property owners struggle to meet rising tax bills.

“People may say that single-family rentals are protected, but…landlords and renters will be right around the corner for the next tax increase,” Hernandez added.

The California legislature passed Proposition 13 in 1978, and the measure has held despite multiple attempts to repeal it over the years. It has often been called the “third rail” of California politics because repealing it has historically been extremely unpopular. However, targeting commercial properties instead of residential ones could be the first step in successfully rolling it back.

The act, officially titled The People’s Initiative to Limit Property Taxation, limits the tax rates for real estate by assessing values at 1976 value and restricting annual increases of assessed value to an inflation factor that cannot exceed 2 percent per year. When Prop 13 passed, it received enormous publicity across the country and likely contributed to the 1980 presidential election of Ronald Reagan.

If California lawmakers succeed in repealing the act, this will likely also reverberate across the country, as other states and cities with high property values attempt to adjust their own tax codes to access previously protected property tax revenues.

Danielle Peretz, director of government affairs and external relations for the Apartment Association of Greater Los Angeles, also commented on legislation aimed at California landlords during the conference. California governor Gavin Newsom recently signed a statewide rent-control bill into law that will cap annual rent increases and extend other “rent-control protections” starting in 2020, but the ramifications of the legislation already are in full effect.

“The issue of rent control is not just a state issue, it is a local issue as well,” Peretz said. “Los Angeles County, Inglewood, and Culver City are among the local areas working toward permanent ordinances.

“For example, Inglewood will be considering moving toward an ordinance that would cap rent increases at 8 percent and include relocation assistance,” Peretz said.

She also noted that local areas are moving immediately to counter potential landlord strategies to raise rents before the statewide bill goes into effect on January 1, 2020. These countermoves include an LA City Council decision to prohibit 60-day notices that took effect on October 24, 2019 and applied to any 60-day notice already in effect, thereby voiding everything back to August.

The state and local legislation governing rent-rate increases have created a windfall of positive publicity for the governor and other legislators promoting their efforts to combat housing affordability issues in the notoriously unaffordable state. It is likely lawmakers in other markets dealing with similar issues may mimic the regulatory moves if the positive press continues.

BizFed.org often works with the Apartment Association of Greater Los Angeles to share information among business associations and real estate-related groups in the Los Angeles area. “We share fast-moving intelligence, know when things are moving, promote brand-new ideas, and strengthen the voice of business,” Hernandez said.

Carole Ellis is the editor-in-chief of Self-Directed Investor magazine, a national print and digital publication for investors using their retirement accounts to invest in alternative assets, including real estate and private mortgage notes. Learn more at SDImagazine.com or email Carole at Carole@selfdirected.org. Learn more about Standard Management Company’s real estate conferences at StandardManagement.com.