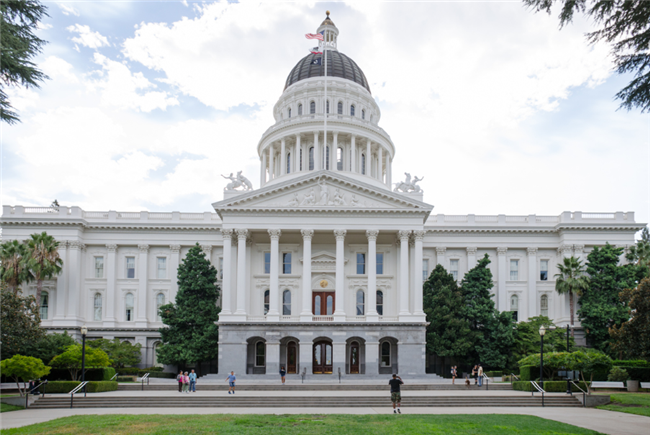 California lawmakers have passed a five-percent-plus-inflation rent cap bill that will have an effect on the state’s estimated eight million renters of apartments and some rental homes.

California Rent Control Bill 1482 means yearly rent increases over the next decade will be limited to five percent plus inflation, up to a maximum of 10 percent, and tenants will receive protections against being evicted without cause.

Gov. Gavin Newsom, who put together the deal to pass the bill, said he would sign it. The California rent cap would take effect January 1.

“These anti-gouging and eviction protections will help families afford to keep a roof over their heads, and they will provide California with important new tools to combat our state’s broader housing and affordability crisis,” the governor told the Los Angeles Times.

California rent cap not the way to fix housing crisis

“The most effective way to fix California’s housing crisis is by building more housing across a range of price points, and AB-1482 makes that harder to do,” said Doug Bibby, President of the National Multifamily Housing Council, in a statement.

“After Californians overwhelmingly rejected the rent-control ballot initiative less than a year ago, lawmakers went against their constituents by passing a measure that will discourage investment, shrink the availability of affordable housing that already exists and squeeze even more people struggling in the housing market.

“This makes the problem worse. The housing affordability crisis is real; real Americans are being harmed by it every day, and we need real solutions – not restrictive policies that we know don’t work,” Bibby said in the statement.

The California Apartment Association, which represents large corporate apartment owners, agreed not to oppose the bill during last-minute talks. But amendments adopted in the past 1½ weeks alienated another ally, the California Association of Realtors, which ended up opposing the legislation, according to reports.

The measure would affect all apartments in the state that are at least 15 years old. Houses and condos owned by corporations and real-estate investment trusts, or REITs, that are 15 years old or older would also be subject to the rent caps.

The measure also provides just-cause eviction protections for tenants who have lived in their rental for at least a year, meaning a landlord can’t order renters who are following terms of their lease to move out unless the owner plans to move in, demolish or renovate the unit, or cease renting it at all.

The measure would not affect rent limits in local jurisdictions with existing rent-control laws. Owners who share a home with their tenants or owner-occupied duplexes would be exempt from the caps.

“The housing crisis is reaching every corner of America, where you’re seeing high home prices, high rents, evictions and homelessness that we’re all struggling to grapple with,”  said Assemblyman David Chiu, a San Francisco Democrat who was the bill’s author, to the New York Times. “Protecting tenants is a critical and obvious component of any strategy to address this.”