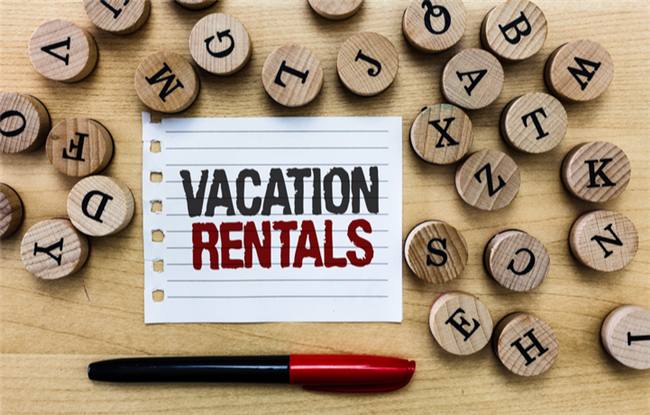 Arizona Governor Doug Ducey says lawmakers may have to reconsider current short-term rental laws in the upcoming legislative session after multiple complaints from some neighborhoods and smaller communities, including Sedona.

“I’ve heard the most feedback from Sedona and this idea of ‘party houses’,” Ducey told reporters. “So, I do think there are things that we can address in terms of public policy at the legislative level. We’re going to revisit that in this upcoming session.”

Sedona Assistant City Manager Karen Osburn in July presented a graphic showing hundreds of short-term rentals that have sprung up in Sedona, according to the Red Rock News.

“What we are experiencing is really a colossal change in character of the community,” Osburn told a meeting in July. “When you have this kind of saturation and homes are converted to short-term rentals and residents are replaced with visitors, when you leave your home and go for a walk in your neighborhood, you don’t recognize people anymore.”

According to the Red Rock News, Osburn also pointed out the domino effect vacation rentals are having on Sedona. Many long-term renters are having to move out because the owners are converting the homes into short-term rentals.  The result is a lack of long-term rentals in the area, and those few that are available are often too costly for those in the workforce. Because of that, businesses are finding it difficult to find employees willing to commute to town

Rep. John Kavanagh, R-Fountain Hills, sponsor of HB 2672, told the Arizona Republic that lawmakers should take up the issue again next year with an eye toward the concentration of short-term rentals in some communities where longtime residents face a difficult time finding affordable housing.

“We have a real crisis in Sedona and Jerome,” he told the newspaper.

Kavanagh said lawmakers also should consider reining in projects to convert entire apartment buildings into vacation rentals to lease on websites like Airbnb. Those developers create de facto hotels while removing long-term housing from the market.

Some other legislators were not happy with HB 2672.

“What originally was sold as a way for empty-nesters and other owner-occupants to make extra money by renting a spare bedroom to a foreign tourist has become a multi-billion dollar industry that heavily caters to large groups and special events where entire homes are rented out and treated like bars and concert halls,” said Rep. Isela Blanc, D-Tempe, in an interview with the Arizona Capitol Times.

Blanc said the bill doesn’t go far enough. She suggested that cities be permitted to limit these rentals to houses where the owner is a resident or the house is a second home.

“However, if you are just a capital investor coming in and changing the neighborhood completely by buying up as many homes as possible so you can continue to profit by calling yourself an Airbnb business, then you should be treated as a hotel,” Blanc told the Arizona Capitol Times.

“It’s really digging in to where the specifics are and how we fix it without wholesale change in terms of what citizens can do if they want to legitimately rent out their home during the Phoenix Open or some other event during spring training,” Ducey said.

When it comes to investors buying multiple homes to turn into vacation rentals, the governor added: “If someone wants to buy multiple homes, that’s something I want to dig into deeper and find out where the problem lies.”