Apartment construction across the United States is projected to continue slowing down in 2019, according to the latest report from RentCafe.

Based on Yardi Matrix market data, there will be an estimated 299,442 new units forecasted to be delivered this year. This marks a significant drop of 8.2 percent compared to 2018, when the total number of deliveries was 326,240, almost matching 2017’s nine-year peak of 331,765 new units.

“Rising construction costs and a tight labor supply certainly contribute to a flattening and decline of expected completions, but 2019 is part of a larger trend of developers gearing up for next cycle,”  said Tara Jeffcoat, senior research analyst at Yardi Matrix, in a release. “Although completions peaked in 2017, there is a significant number of prospective properties in the pipeline.” 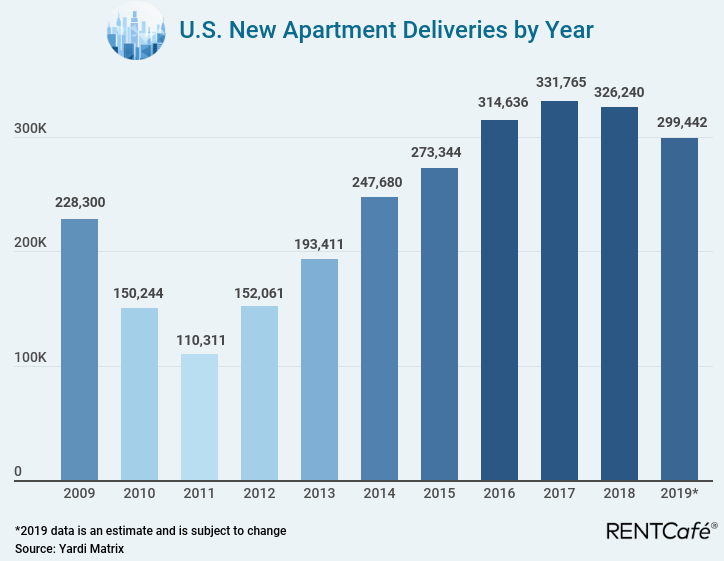 Highlights of the apartment construction report 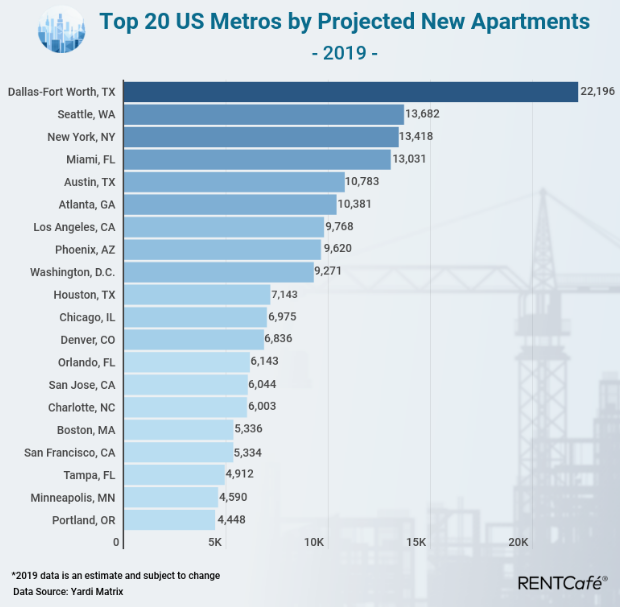 Compared to last year’s projections, the Denver metro is taking it easy, with far fewer units expected to be delivered this year. In 2018, the metro occupied the third place in our Top 20 with an estimated 15,187 new units, while this year it’s expected to build about half of that – 6,836, taking the 12th spot in our list.

California, Florida, and Texas each feature three metros in the Top 20, with Texas being represented by DFW metro, Austin metro, and Houston metro, which are higher up in the top occupying the first, fifth, and 10th place, respectively.

The Portland metro, on the other hand, is last on the list, with a projection of 4,448 new units, which is close to last year’s estimate of 4,804. Possible reasons for this low number could be the metro’s lack of available land, and/or the restrictive regulations in the area.

Seattle is expected to add an impressive number of almost 6,900 new apartments 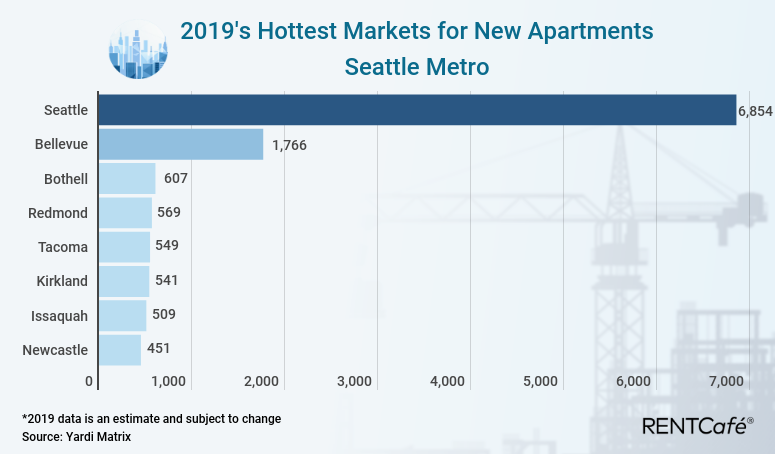 With construction cranes spread across the city, Seattle is booming with new apartments. Our projected number of deliveries for 2019 is 6,854, which could mean a possible slowdown in rent growth.

Given its strong economy, Seattle should encounter no issues filling up the newly built apartments as the area keeps creating new jobs.

Building considerably less than Seattle, Issaquah is the runner-up, with an estimated 509 new apartments for 2019. It’s followed by Newcastle, with an even lower number of 451 projected deliveries.

Rent growth is slowing down after picking up speed last year 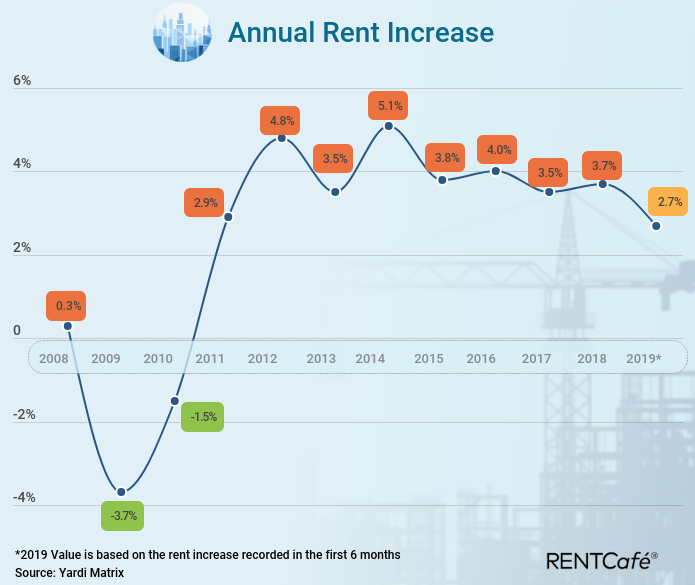 Zigzagging since 2010, the average rent growth has hit the brakes in the last 6 months, witnessing a 2.7 percent increase since 2018 when it went up by 3.7 percent.

The glut of new apartments built in previous years could be one of the reasons for this slowdown, taking the wind out of rent increases.

The influence of new deliveries on rent growth is no new occurrence; whenever supply is abundant, rent growth weakens. A relevant example is the one between 2009-2011, when apartment construction hit its lowest numbers (decreasing from 228,300 to 110,300) while rent growth skyrocketed from -3.7 percent to 2.9 percent.