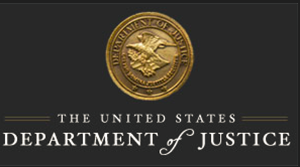 The owners of several apartment complexes in Pearl, Mississippi, SSM Properties LLC, and Steven and Sheila Maulding, and their former rental agent, James Roe, have agreed to pay $123,000 to resolve a racial discrimination lawsuit, according to a release from the U.S. Department of Justice.

The U.S. District Court for the Southern District of Mississippi ruled in August that the defendants had violated the Fair Housing Act by discriminating against Black prospective residents.

The case began when the Louisiana Fair Housing Action Center conducted fair-housing testing at the properties.

“Based on the results of these tests, which showed that Roe treated Black and white testers differently and made discriminatory statements to the Black testers, the center filed a complaint with HUD. HUD conducted an investigation and determined that there was reasonable cause to believe that discrimination occurred, and referred the matter to the department, which filed this lawsuit. The testers subsequently intervened in the lawsuit as plaintiffs. The court found that Roe’s conduct violated the Fair Housing Act and held the owners legally responsible because Roe was acting as their agent,” the Justice Department said in the release.

“Housing discrimination has no place in our society and a person’s race should never determine where that person can live,” Assistant Attorney General Kristen Clarke of the Civil Rights Division, said in the release. “The Justice Department will continue to vigorously pursue and hold accountable those who would deny equal housing opportunities because of the color of one’s skin.”

“We will not tolerate discrimination in housing,” said U.S. Attorney Darren LaMarca for the Southern District of Mississippi. “Those who choose to deny equal housing opportunities will be held to atone for their conduct.”

Under the terms of the consent decree, which must still be approved by the court, the owner-defendants will pay $110,000 in monetary damages and attorneys’ fees to four Black testers and all the defendants will pay civil penalties to the federal government to vindicate the public interest. The consent decree also prohibits Roe from working at any residential rental properties and requires the owner-defendants to hire an independent leasing manager, implement nondiscriminatory standards and procedures, undergo fair housing training and provide periodic reports to the department.