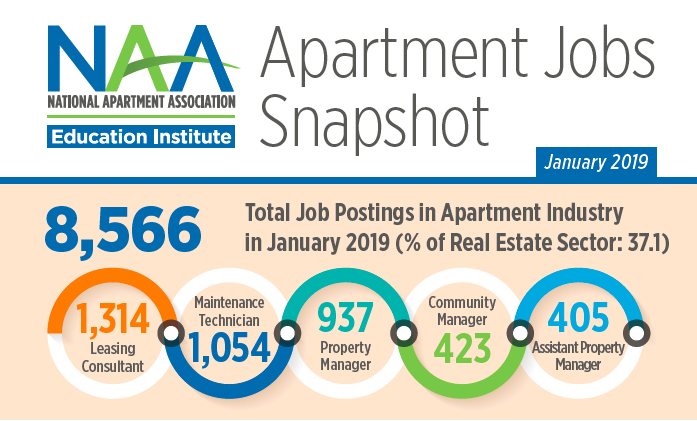 This month’s jobs report from the National Apartment Association (NAA) shows that apartment maintenance technician jobs in Portland and Seattle had the highest demand across the country.

Median market salaries for apartment-maintenance technician jobs was $33,814 in Portland and $34,262 in Seattle. Most jobs required only up to two years or less experience. 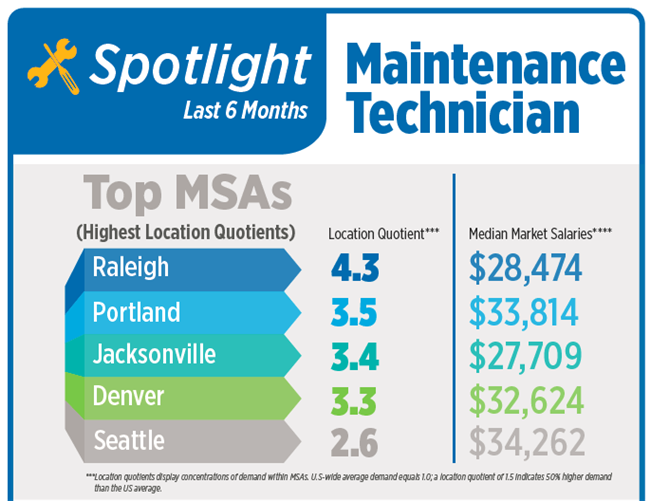 The apartment-industry labor market held its momentum from late last year into 2019, with apartment jobs representing more than 37 percent of job openings in the real estate sector.

Jobs available in the rental-housing industry rose from an average of 35 percent last year to more than 37 percent of the real estate sector in January.

Days-to-fill were particularly challenging in Baltimore, where the unemployment rate fell to post-recession lows at the end of last year, and Nashville, which currently boasts the tightest labor market of major metro areas across the United States. 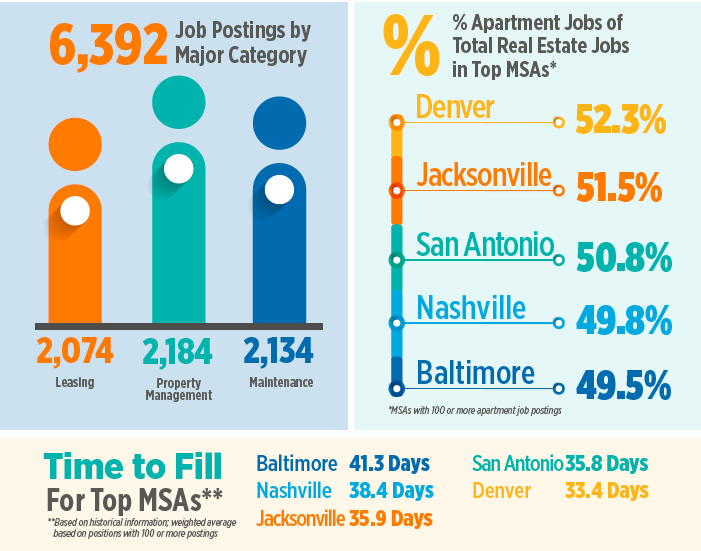 The change in the proportion of job titles over the past five years is not only reflective of demand, i.e. the highly sought-after maintenance tech, but of recruiters providing more focused and appealing titles, the NAA report says.

The generic “apartment manager” has given way to “community manager,” while the surge of assistant property managers and maintenance supervisors reveals a clear career path within those sectors.

The greatest increases in skills desired for all types of positions included both specialized skills such as Yardi Matrix software, and soft skills, particularly writing and collaboration. 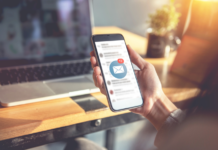