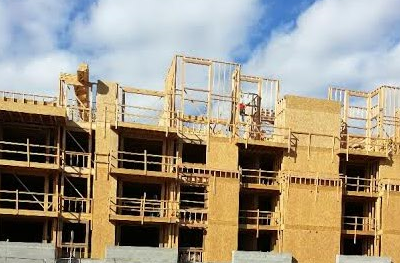 New apartment construction across the country is starting to mirror the downward trend following the 2008 crisis, down 12 percent and hitting a five-year low for buildings of 50 units or more, according to a report from Rent Café.

The covid-19 pandemic is further complicating an already-visible slowdown in apartment construction since its 2018 peak.

“The downtrend is mainly due to the slower pace of construction, as a result of a shortage of available construction crews, funding and permits, along with some temporary bans on construction projects in certain states,” the Rent Café report says. “With projects dragging and some new projects hitting pause, many U.S. metros are likely to see fewer new apartments in the coming years.” 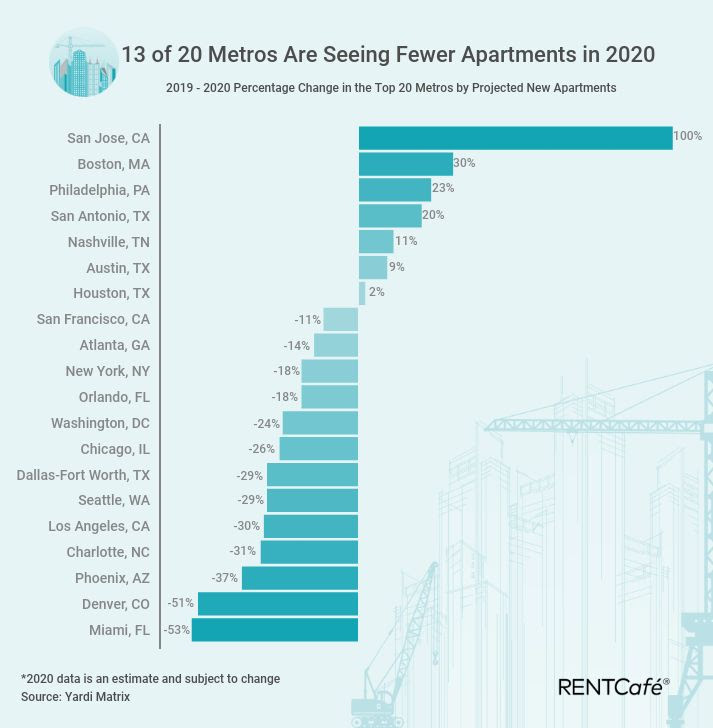 “As the United States begins to recover from its steepest economic downturn in history, the construction industry is faced with unprecedented levels of uncertainty,” said Doug Ressler, manager of business intelligence at Yardi Matrix.

“How that uncertainty and broader macroeconomic conditions will affect the industry to date, and the shape of the recovery to come, depends on multiple factors.

“Around the U.S., we have seen a variety of states, counties, and cities choose to close nonessential businesses, or stay-at-home or shelter-in-place orders. For the most part, construction activity has been included as an essential activity that can continue with business as usual during these orders.

“Construction starts have begun to increase from their April lows and there is cautious optimism that as the year progresses, construction markets around the country will begin a modest recovery,” Ressler said.