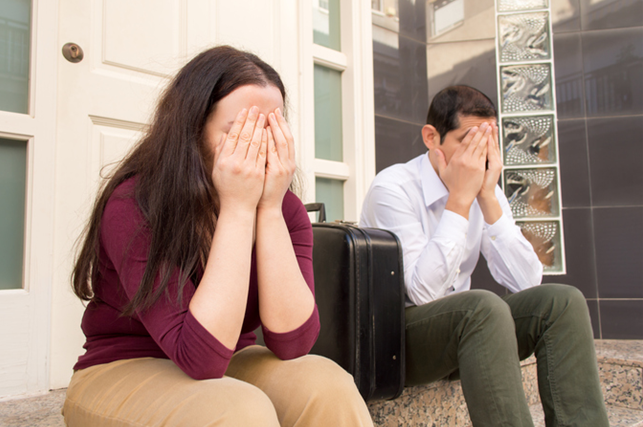 The Senate bill would make a number of changes to the Landlord-Tenant Act. It proposes to:

The general counsels of Amazon, Microsoft, Expedia, RealNetworks, and other Seattle-area tech companies have sent a letter to the Washington legislature and Gov. Jay Inslee supporting Senate Bill 5600 and its companion House Bill 1453.

“Simply stated, Washington’s eviction laws are a root cause of our homelessness problems, and we can take a significant step toward addressing them now – at minimal cost to taxpayers – by simply updating them in some common-sense ways this legislative session,” says the letter, a copy of which was obtained by GeekWire.

The Seattle region is experiencing a homelessness crisis, driven by rapidly increasing housing costs associated with job growth in tech. The tech industry has started to be more vocal about mitigating the crisis. Last month, Microsoft announced a $500 million fund to accelerate the development of affordable housing in the area.

The legislative staff also provides a pro-and-con summary of testimony taken on the bill.

The staff summary of testimony for the bill:

“There is a need to overhaul our statewide approach to housing and homelessness by focusing on prevention as opposed to being primarily reactive.

“Inflexible eviction policies are a major source of housing instability around our state. If we are serious about long-term prevention, we must address this primary driver of homelessness. Currently, 26 states and the District of Columbia have pay-or-vacate notice periods longer than three days, including some with a 14-day notice. Washington State is outside the norm and for individuals living paycheck to paycheck, which is now nearly half of all Americans, these extensions of notice matter.

“We should also offer resources, flexibility, and compassion to help, since one unexpected medical bill or car accident or government shutdown can lead to an eviction. The bill gives tenants more time to pay rent, although 21 days would probably be best to a deal with most medical emergencies since it can take several weeks or even months to heal and be able to deal with outside responsibilities like paying rent. Housing stability is crucial for healing https://propfinast.com.

“Emergencies happen to everyone at all income levels and we all need flexibility to deal with emergencies. Over three quarters of the tenants in King County end up vacating their apartments, with about 10 percent being unaccounted for.

“The leading cause for eviction in a recent survey revealed tenants were behind a month or less or rent, and most of those tenants were either in western Washington, but not Seattle, or in eastern Washington. The reforms in the bill are not going to increase housing costs. Some landlords will apply rent payments to overdue utilities instead of rent.

“The rental system is literally designed to kick people when they are down; in contrast, when a homeowner becomes delinquent on their mortgage payment, they have at least 90 days before issuance of a notice of default.”

“Our eviction system is a complete mismatch with homelessness interventions,” the bill summary says.

“There is not nearly enough time for a tenant to get rental assistance to their landlord before the costs and the risks escalate. Attempting to get legal aid might eat up two days, so the current time period is not long enough. Once the paperwork is filed, the tenant is almost always forced to pay extremely expensive attorneys’ fees in court costs as well as late fees. Some tenants might be lucky enough to get homelessness assistance to help pay off these costs.

“Ohio and New York City allow judges to consider circumstances as to why a tenant fell behind on rent. Seventy-one percent of the lowest-income households in Washington State are paying over 50 percent of their income towards rent, which means that one small household crisis can lead to the inability to pay rent on the first of the month. Judges have little discretion over the process and tenants often leave court owing much more in court costs and attorneys’ fees than they ever owed.

“The number of individuals becoming homeless continues to outpace our efforts. Extending the current three-day notice to allow up to 14 days for rent to be paid would make a significant difference in preventing homelessness for these households. It is going to be adequate for the tenant to go to a program do the intake, verify the debt, contact the landlord, and make the payment.

“We also need to ensure all eviction notices have information about legal resources and we need to allow courts to come up with alternatives,” the staff report summary states.

The staff summary of testimony against the bill:

“The attrition rate of landlords show that they are getting out of the business because they can no longer afford it or handle the risk.

“Landlords are selling by the thousands in a market that is fairly high right now.

“This is going to devastate the amount of rental-housing inventory.

“Landlords are also one medical trip to the hospital or one crisis away from having the same sort of issues as tenants. Many are struggling day-to-day as well. Many landlords’ profit-loss statements for one year do not show that they are making money.

“With property taxes and operating costs, landlords are just one late mortgage payment away from losing their building.

“By the time that tenant replies to a three-day notice, there is an additional 10 days for them to come up with funds or work with the landlord, of which many do work with their tenants.

“Communication between the tenant and the landlord is critical. Many landlords do not want the vacant unit or to have turnover costs, so landlords want to keep these tenants in the units and keep them maintained in a good working order.

“Some landlords offer payment plans or provide education information about the consequences of not paying rent,” the bill summary says.

“There is concern that the remedies proposed in the bill may reduce a landlord’s flexibility to work with tenants,” the bill summary says.

“Many of the remedies proposed may not actually address the true causes of homelessness or housing availability and affordability, which is more of a supply-and-demand issue.

“Landlords are not interested in arbitrarily terminating a tenancy since it costs money to do so.

“The Legislature should work with both landlords and tenants to create a regulatory environment that is fair and protective. The Legislature needs to put together a work group to look at all of the landlord-tenant bills and solve the issues before the end of this session.

“The plain-language requirement for the 14-day notice should be written into the statute. Lawyers should not have to argue in court as to whether or not a particular notice is in plain language. Both the landlord and tenant lose if eviction notices have to be issued.

“Many landlords try to work with the tenant in multiple ways over an extended period of time and use eviction as a last-case scenario. If the bill passes as is, all tenants will eventually absorb the resulting costs and unintended consequences. The bill would force landlords to stop working with tenants and immediately start the eviction process as a result of the increase in time frames and costs.

“The three-day notice is only a nuclear option for some landlords. Most tenants respond when they get a three-day notice on their door. Extending the notice to 14 days is going to cause landlords to be more aggressive with tenants.

“One alternative is to only allow a longer notice period for first-time late rent or fees. Language regarding a term lease not coming to an end is concerning. A lot of landlords own one single rental property but because of a work reassignment they have to rent out their home but plan to move back into it.

“Also, having a month-to-month renewal on fixed-term leases is difficult for landlords of student housing since the transition of students year after year without automatic renewal allows students to know that housing will always be available.

“Language regarding the provision of written estimates for move-out costs is also concerning. Some repairs are custom jobs and not done through a vendor. There needs to be a distinction made between single-family homes versus a 1,000-unit apartment community. It is problematic to have the same rules apply to very different types of rental housing,” the staff summary states.

Eviction reform from a landlord’s perspective