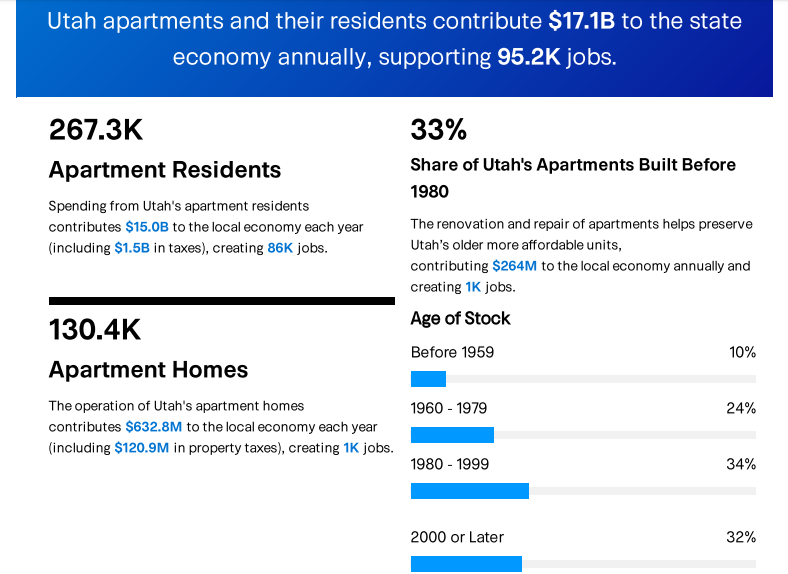 “Construction is still moving ahead, as there’s a need for additional apartments in many states. And, due to an abundance of aging stock, there’s a growing need for renovations and improvements on existing apartment buildings. Construction and renovation/repair will provide a sizable boost in jobs – and the economy – nationwide, and will continue to be a hefty contribution to the country’s economy for decades,” NMHC President Douglas M. Bibby said in the release

“The multifamily industry is an economic engine powering the economy very significantly at the national, state and local levels,” NAA President Robert Pinnegar said in the release. “This clearly illustrates the tremendous positive impact our apartments have on the communities they serve.”

Visit www.WeAreApartments.org and view the data, which is broken down by state and metro area. Visitors can also use the Apartment Community Estimator (ACE), a tool that allows users to enter the number of apartment homes of an existing or proposed community to determine the potential economic impact within a particular state or metro area.