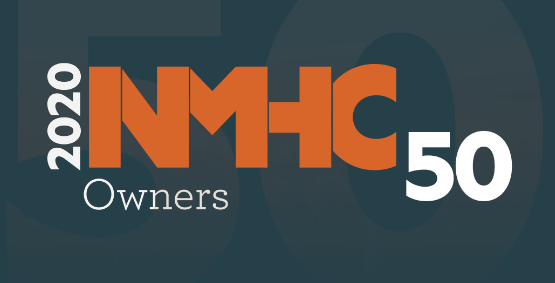 The National Multifamily Housing Council (NMHC) has released its 2020 NMHC 50, the sector’s chief ranking of the nation’s largest apartment owners, managers, developers, builders and syndicators for the year 2019.

“Before the outbreak of COVID-19 and the related economic weakening, the multifamily industry and the sector’s fundamentals were as healthy as they had been in years,” the report says. “While there is clearly going to be significant uncertainty in the days to come, the 2020 NMHC 50 highlights that the apartment industry continues to experience significant demand and is well-positioned to return to growth following the pandemic.”

“Demographic shifts and preference for renting have resulted in continued strong demand and positive performance for the apartment industry,” said Caitlin Sugrue Walter, Vice President of Research for the National Multifamily Housing Council, in a release.

“As is evident from the growth on this year’s builders and developers lists, the industry is continuing the pace of production to meet the needs of pent-up demand from years past. In addition, apartment transaction volume surpassed $100 billion for what’s now the seventh consecutive year.”

MAA (headquartered in Memphis, Tenn.) stayed atop the list of the country’s largest apartment owners with 100,031 apartment homes owned, breaking the 100,000-unit mark for the second consecutive year. 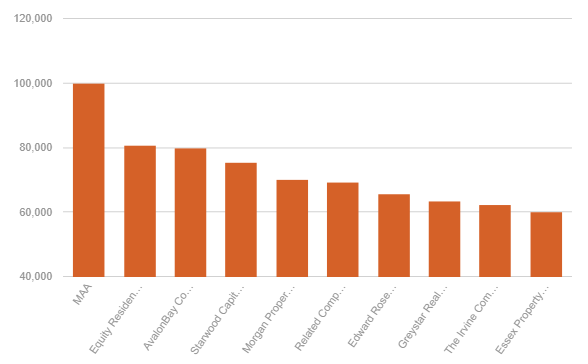 Greystar Real Estate Partners (headquartered in Charleston, S.C.) remained the largest apartment manager with 492,967 apartments under their management, more than double the next firm on the list.

Alliance Residential (headquartered in Phoenix, Az.) retained its place as the largest apartment developer with 8,009 apartments started in 2019 — over 1,000 more units started compared to when they first took the top spot last year.

Summit Contracting Group, Inc. (headquartered in Jacksonville, Fla.) kept their spot as the country’s highest-producing apartment builder, starting 9,065 apartments in 2019, nearly 1,500 more units than the next builder on the list.

This is the 31st annual edition of the NMHC 50 rankings. NMHC partners with Kingsley Associates, a leading real estate research and consulting firm, to conduct the research for the NMHC 50. All apartment owners, managers, developers, builders and syndicators are invited to answer a survey questionnaire that asks about their prior year’s activities. Apartment owners, managers and syndicators are ranked based on their portfolio holdings (either owned, managed or syndicated) as of January 1, 2020, while developers and builders are ranked based on the number of apartment units started in 2019.

84% of Apartment Households Paid Full or Partial Rent in April