Protests by Portland Tenants United  happened for the second year in a row at the annual awards ceremony of a Portland property management association as pickets showed up at the event, according to various reports.

The protesters were at Multifamily NW’s annual recognition ceremony for outstanding work by property managers in the Portland area, called the ACE awards, held by Multifamily NW which is an association promoting quality rental housing.

"We reject the fact that in an unprecedented housing crisis that they celebrate raising rents," Margot Black, PTU co-founder told the Portland Tribune in an interview prior to the event. "We intend to be as much of a nuisance as possible."

A spokesman for Multifamily NW pointed out that the protestors were targeting property managers while it is the property owners of apartment buildings who make decisions about rent increases and eviction policies.

“Portland Tenants United was off-target in its protest,” John McIssac said in an email release. “It is in no way a political event, and it has nothing to do with property owners.”

“The ACE Awards serve to recognize excellence among Multifamily NW property management employees—the people who work with property owners and tenants to make living in, working at and owning a multifamily property the best experience it can be. Each year we come together to acknowledge and celebrate the work of property managers, leasing associates, maintenance personnel, and compliance specialists, all of whom make Multifamily NW properties among the very best in Oregon,” he said.

A bill that lifts the ban on statewide rent control and leaves the rent control issue up to cities has passed the Oregon House 31-27 and  is now under consideration in the Senate.

The measure would allow cities and counties to enact local ordinances that would control how much landlords could raise rents each year, Oregon Public Broadcasting reported.  Currently, there’s a statewide ban on such ordinances.

House Bill 2004 is part of a package of legislation meant to address the state’s growing housing crunch.

"This is the second annual disgrACE Awards," protest co-organizer Hannah Howell told the Portland Tribune. "While renters all over the state are being displaced and priced out of their homes and neighborhoods, their children are being pulled out of their schools because of the housing crisis, the folks who are responsible for these rent increases and evictions are treating themselves to a really fancy dinner and patting themselves on the back for those impacts that they've caused in people's lives. We came here to draw attention to that." 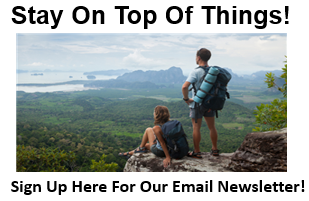