Seattle and Portland are in the top five cities in the United States with the most green apartment rental units, according to a new study by RentCafe.

The study shows that while green-apartment growth has slowed slightly recently, it is still up 300 percent over the past 10 years.

Seattle has the most green buildings of any city

The Emerald City stays true to its colors with around 22% of all Seattle apartments being sustainable. With almost 20,000 green certified units in 94 residential buildings, Seattle has the largest number of green buildings of any city in the United States. 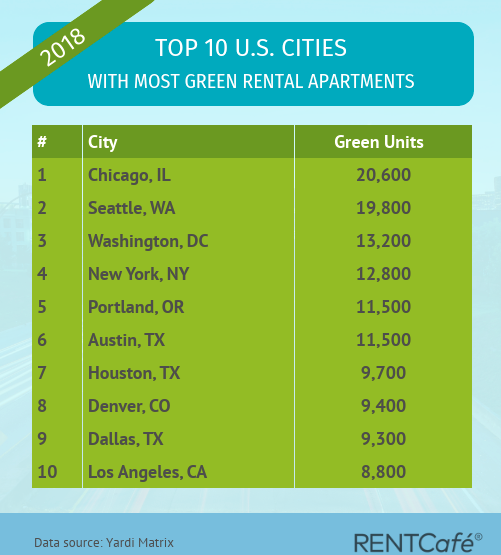 Portland, OR makes other cities green with envy with the second largest residential green share in the country after Seattle —  about 20% of what has been built there since 2009 is sustainable. As of 2018, the city offers more than 11,500 green apartments in 75 sustainable residential buildings.

“When discussing ideas for a healthier environment, we cannot overlook the part green-certified buildings play among verifiable eco-friendly solutions that reduce carbon emissions and waste, while using less energy and water. As commercial buildings embrace more resource-efficient options, it was only a matter of time before green construction development would contribute to the multifamily sector next,” RentCafe says in the report.

“In order to see how sustainable the U.S. rental market really is, we analyzed the evolution of green construction over the past decade, between 2008 and 2018. By examining Yardi Matrix‘s national inventory, we considered buildings of 50+ units that have already achieved or are proposed for LEED certification, the most widely used international sustainable building rating system. The verification system introduced in 2000 by the Leadership in Energy and Environmental Design confirms whether a building has been developed under eco-conscious principles or not.” 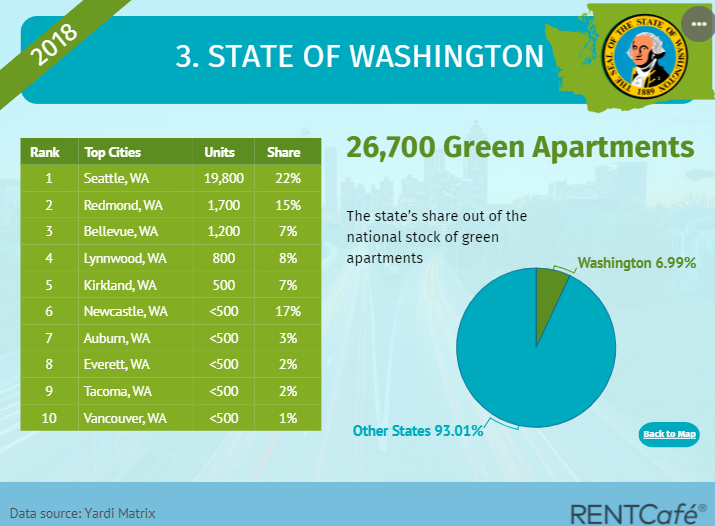 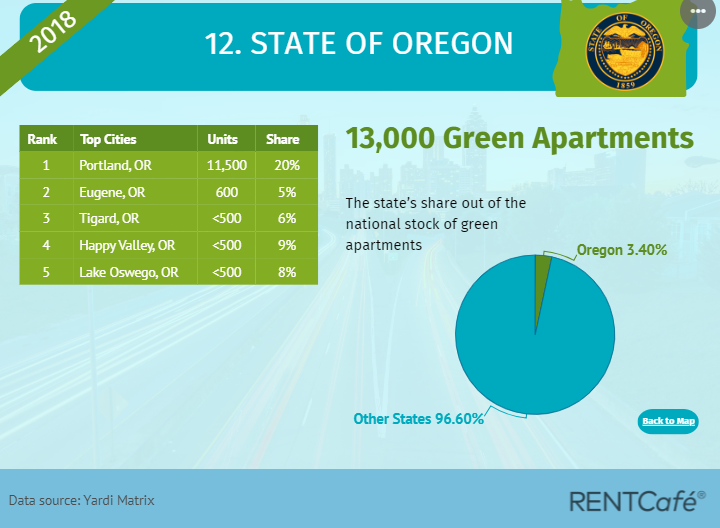 Sustainable building construction and certification went down in the past two years, naturally following the deceleration trend in overall apartment construction, but never below the 42,000 mark. For example, even the -9% year-over-year drop registered in 2017 translated into 45,600 new buildings that got a green certification by the end of the year.