Portland rents have increased 0.4% over the past month, but are down slightly by 0.3% in comparison to the same time last year, according to a new report from Apartment List.

Currently, median rents in Portland stand at $1,120 for a one-bedroom apartment and $1,330 for a two-bedroom.

This is the second straight month that the city has seen rent increases after a decline in December of last year. Portland’s year-over-year rent growth leads the state average of -1.3%, but trails the national average of 0.9%. 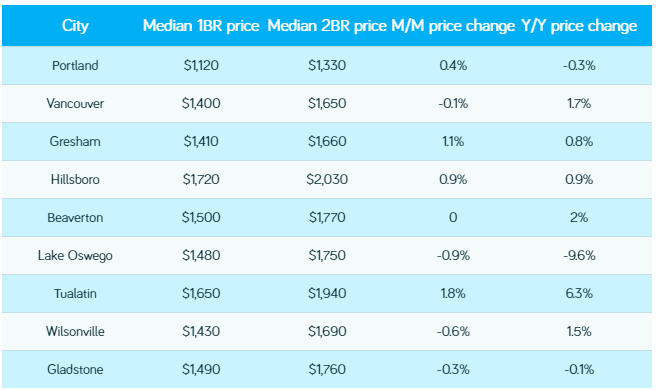 Rents have risen in 9 of the largest 10 cities in the Portland metro for which Apartment List has data. Oregon as a whole logged rent growth of -1.3% over the past year. 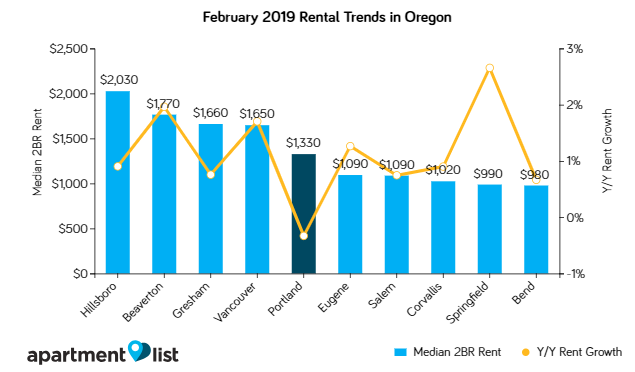 As rents have fallen slightly in Portland, many comparable cities nationwide have seen prices increase, in some cases substantially. Portland is also more affordable than most other large cities across the country.

Portland’s median two-bedroom rent of $1,330 is above the national average of $1,170. Nationwide, rents have grown by 0.9% over the past year compared to the 0.3% decline in Portland.

Renters will find more reasonable prices in Portland than most similar cities. For example, San Francisco has a median 2BR rent of $3,100, which is more than twice the price in Portland.