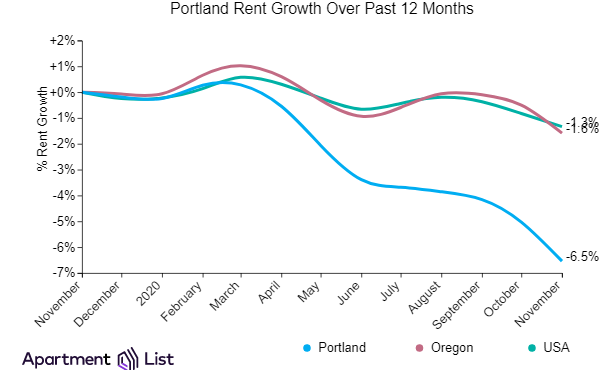 Portland rents have declined sharply by 1.6 percent over the past month, and have decreased by 6.5 percent year-over-year, according to the latest report from Apartment List.

This is the eighth straight month the city has seen rent decreases. 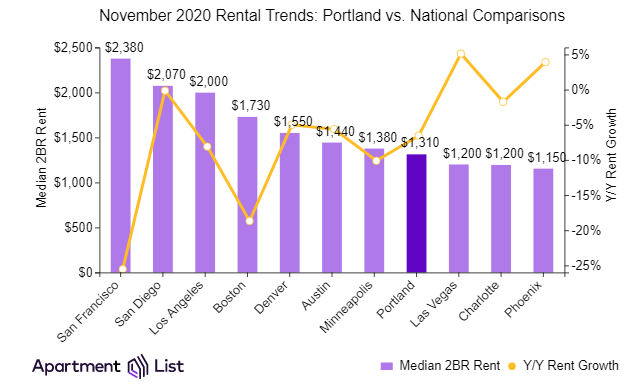 While rents have declined steadily in the larger, denser, principal cities at the core of each metropolitan region, like Portland rents, in many outlying suburban areas rents have, on the whole, rebounded to pre-pandemic levels.

Around the Portland metro: 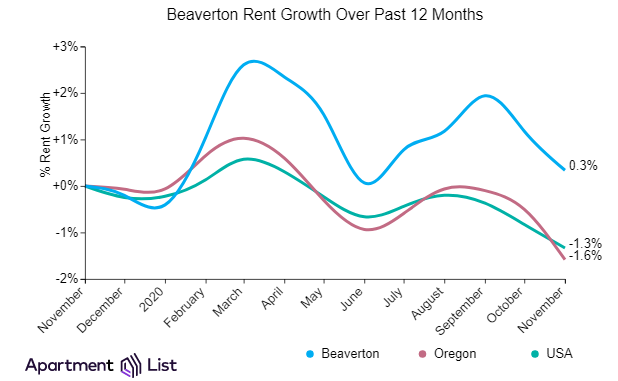 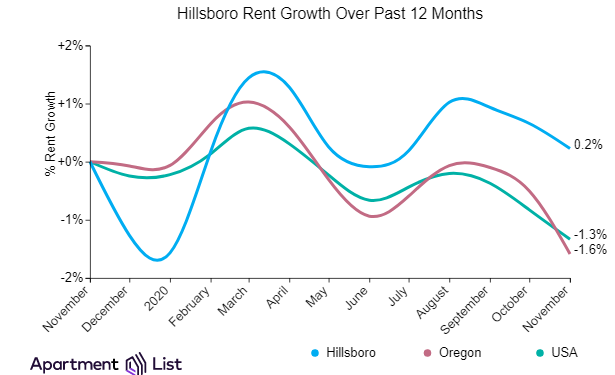 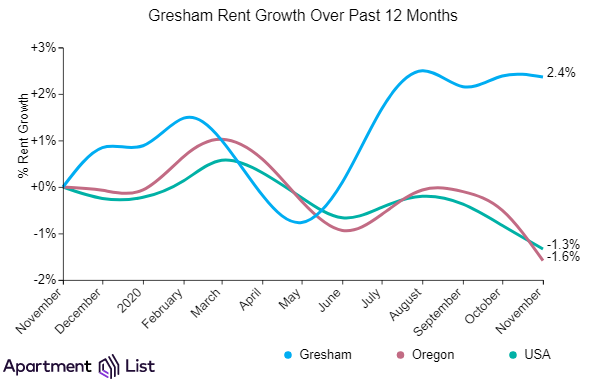 “After a wild summer in which the rental market saw unprecedented price drops, rents are beginning to line up with seasonal expectations. As the market cools in the fall, rents are down 0.5 percent month-over-month, consistent with the last two years,” said Rob Warnock with Apartment List.

“But the fallout from the COVID-19 pandemic has been unequal, so while our national rent index is down 1.3 percent year-over-year, there is tremendous regional variation beneath the surface. San Francisco, Seattle, Boston, and New York City continue to lead the nation in pandemic rent drops, while smaller markets like Boise and Central California are getting more expensive,” Warnock said.

While Portland rents decline, rents continue to grow In Eugene and Salem

Eugene rents have continued to grow steadily and are up moderately by 3.4 percent year-over-year. Currently, median rents in Eugene are $845 for a one-bedroom apartment and $1,123 for a two-bedroom.

Meanwhile, Salem rents have increased 0.9 percent over the past month, and have increased moderately by 3.8 percent in comparison to the same time last year. Currently, median rents in Salem stand at $882 for a one-bedroom apartment and $1,150 for a two-bedroom. 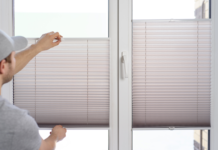 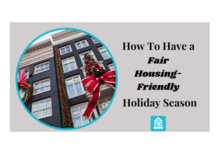