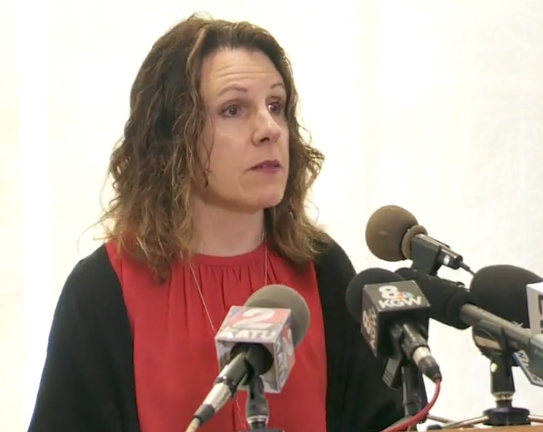 Residential tenants cannot be evicted for not paying rent during the entire time the county and city are under a state of emergency, the two officials announced in a press conference.

Kafoury said in a press conference she was ordering the eviction moratorium because, while many can self-quarantine, “When someone loses their home, self-quarantine and other measures become impossible” and that puts “them and our community at greater risk.”

“Yes, everyone should pay their rent on time. But for people who are losing their wages due to COVID-19 and find themselves unable to pay rent, we want you to be able to stay in your home.”

She said the county is partnering with the sheriff’s office and state courts to keep people housed during the emergency. “When this emergency ends, people will have six months to pay back what they owe,” Kafoury said.

“Effective immediately, we, in alignment with the county, are implementing a moratorium on evictions in the city of Portland. Keep in mind rent to any landlord will continue to accrue. This is not a forgiveness of rent.”

Wheeler said there will be a repayment grace period of six months following the end of the emergency declaration.

Wheeler said he is also asking the state legislature to increase rent assistance “for all Oregonians.”

The crisis is having an impact on employers as well. He also said he has created a task force to work with large and small employers and their employees struggling with the impact of the COVID-19 virus.

He said the task force and Prosper Portland will work with commercial partners and ask for help from the private sector to deal with commercial eviction-prevention strategy.

Wheeler said community leaders as well as many landlords have already voluntarily stepped forward to help and let tenants know they can forgive or forgo payments.