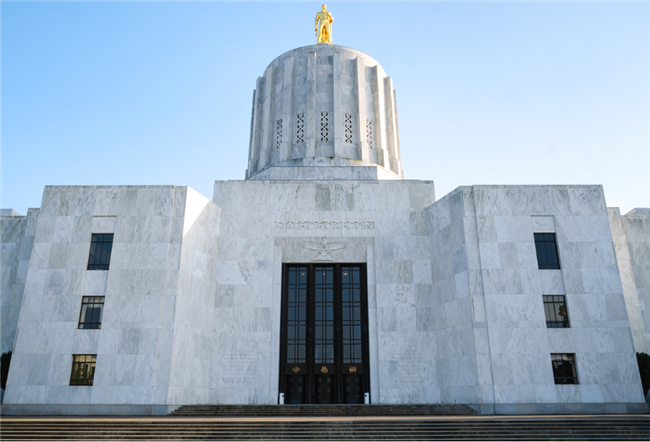 The Oregon Senate has passed, 26-0, Senate Bill 262, which extends the sunset on a program that permits cities and counties to grant property tax exemptions for multifamily housing rentals.

Multi-unit rentals can provide affordable housing options for Oregon families. This bill extends the incentives for builders and developers to create this type of housing, according to a release from Senate Democrats.

“In Senate Bill 608, we provided greater protections against rent-gouging and no-cause evictions. At the time, we acknowledged the need for greater affordable-housing supply in our state,” said Sen. Michael Dembrow (D-Portland), who carried the bill on the Senate floor, in a release.

The program is scheduled to last until Jan. 1, 2022, and this bill will extend its availability until Jan. 1, 2032. As part of the program, cities and counties can grant property tax exemptions – if they choose to do that – for multiple-unit rental housing for a 10-year period. Several counties use this tool to create housing for their residents with less than 60 to 80 percent of the median- area income. The programs are designed by local governments. After the program sunsets, the property tax exemptions won’t be available anymore.

Some officials hope that extending the sunset and providing property tax exemptions for multifamily housing will entice more cities to participate in the program, which so far has been used more often by counties. The exemption was claimed by 36 properties last year and provided an incentive of $13.7 million in waived property taxes.

“More cities are exploring a variety of options to help with the development costs of long-term affordable units, and, for some communities, this tool will help them to meet their goals,” Erin Doyle, League of Oregon Cities intergovernmental relations associate, said in her written testimony on the bill.

Housing issues aren’t just affecting families in some communities; it’s a statewide crisis. Alison McIntosh, with Oregon Housing Alliance, testified that during the last school year 21,750 of the state’s school children in kindergarten through 12th grade experienced homelessness at some point.

“Today, we simply don’t have enough affordable homes for people who need them, and vacancy rates have dropped precipitously towards zero in communities across Oregon,” McIntosh wrote in her testimony on the bill. “People – our neighbors and members of our community – are struggling with homelessness, housing instability, rent burdens and to make ends meet and put food on the table.”

Senate Bill 262 now goes to the House of Representatives for consideration.

Why Is It So Hard To Build Affordable Housing In Portland?